Copywork and Dictation – As Effective As Ever For Learning

I shared last month that we were helping the boys with writing (what we consider one of the three most important subjects for them to master), and one of the methods we were using was Writing With Ease by Susan Wise Bauer (Well-Trained Mind Press). It’s a method that utilizes copywork, dictation, and narration to teach a child to be able to comprehend written work, explain it in their own words, and write down their summary in a clear and organized manner. It’s basically a way of teaching children to become competent communicators via writing, and because we had been struggling a bit with this, I was so anxious to start the program as soon as possible.

What I didn’t realize was how quickly simply using copywork (so the boys could see and copy well-formed sentences and beautiful language), and dictation (which allows them to hear correct language patterns and new vocabulary words spoken out loud, as well as practice their spelling) would result in their being able to write their own fluent, clear sentences. It was a oddly quick transformation. My older son would write confusing sentences that weren’t on topic and would often run on or take off on tangents. He was able to ace vocabulary exams, spelling tests, and grammar units, yet when he had to put it all together to write an essay response to a question about a book he was assigned, suddenly it was as though he forgot everything, and nothing he wrote made sense. I couldn’t figure out where the disconnect was, so we began with Writing With Ease Level 3, and after a single month, he now can write clear sentences that make sense and stay on topic. It’s amazing! 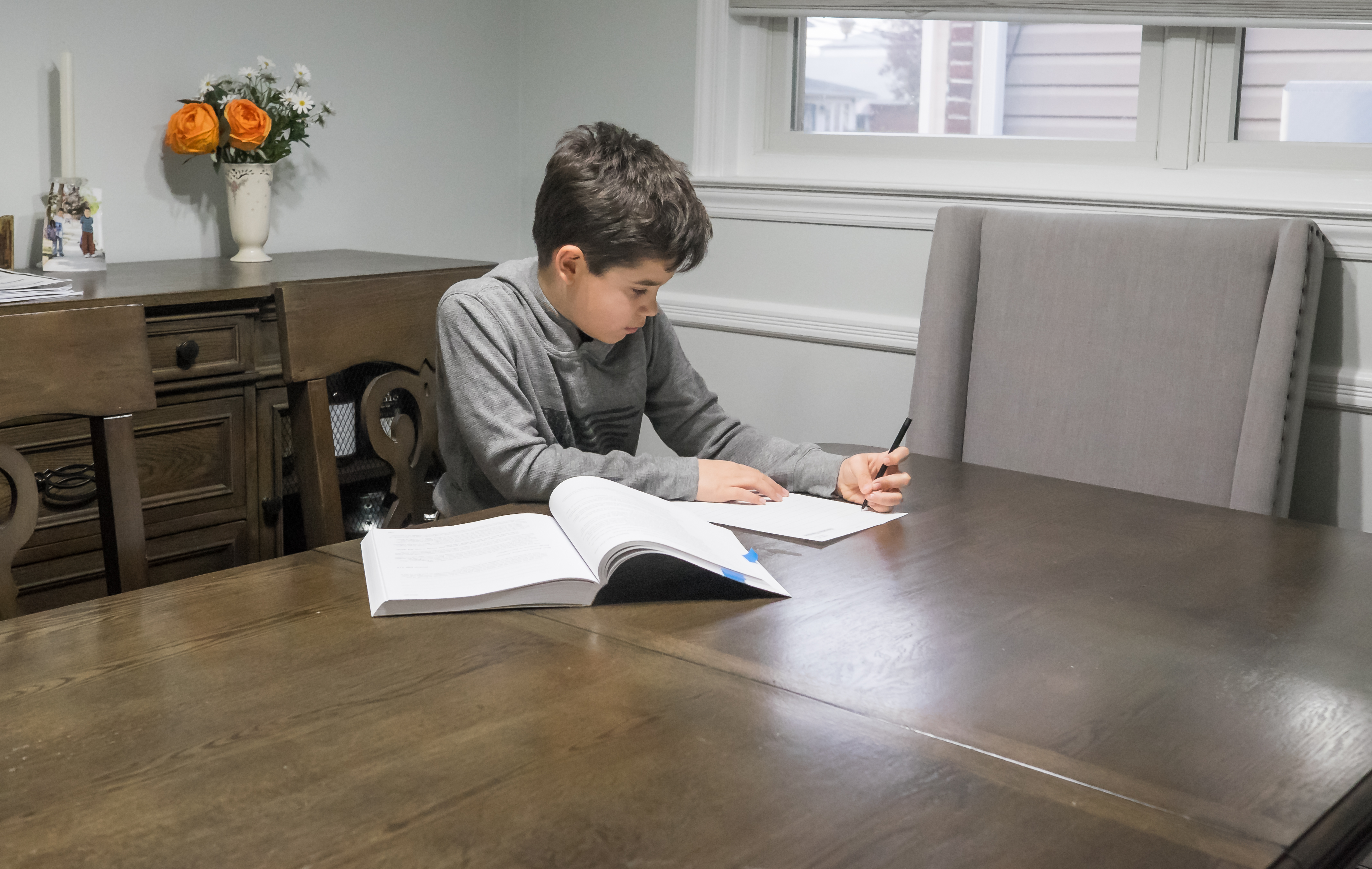 A history of copywork as a learning tool

Basically, throughout history, children learned new facts and how to write by rote memorization and repetition. They copied writing (the ABCs, sentences from books, and even full books) to learn to write, and eventually they mastered it well enough to start creating their own original writing. As they copied literature and poetry, they became used to correct sentence structure, proper grammar, and how to clearly communicate ideas with writing. They memorized enough to have a vast knowledge base in their own minds to pull from when they wanted to communicate something in their own way, and as a result could both write- and speak- more eloquently.

Jack London copied the work of Rudyard Kipling before writing White Fang, and feels the cadence of Kipling’s writing infused his own.

Benjamin Franklin was so impressed by the writing in a daily newspaper called The Spectator, he copied it and memorized large parts in an attempt to recreate it in his own writing, and continued until he felt he wrote in the same style.

Abraham Lincoln taught himself to both write and speak well by copying grammar text books and elocution books, and the result was that some of his most famous letters and speeches changed the course of history. Interestingly, he learned law simply by extensively reading and copying law books- he was self taught. 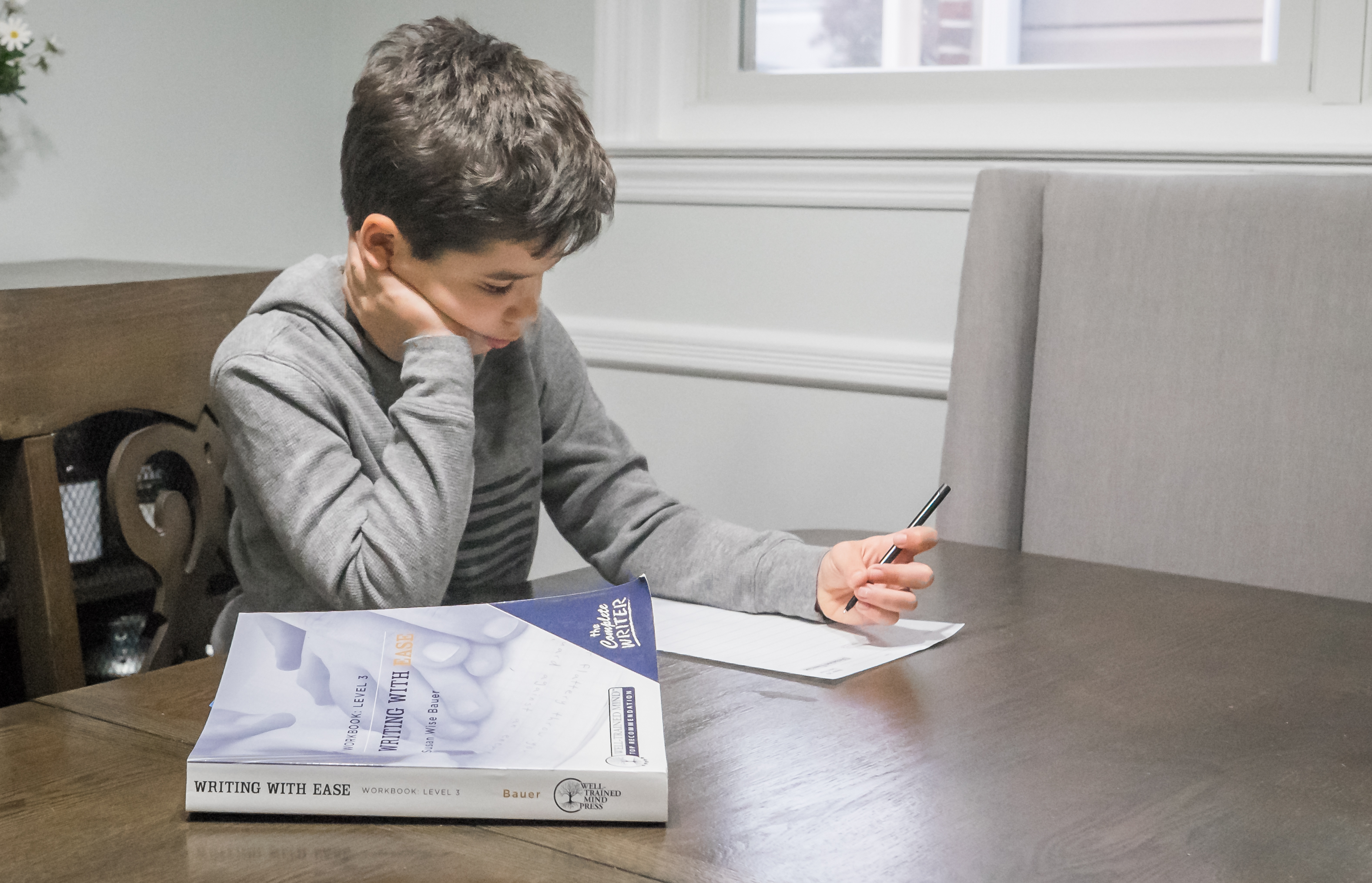 Dictation as a learning tool

Dictation is basically reading a sentence or two to a child several times, asking him to repeat it, and then asking him to write it down. It not only provide handwriting practice and exposes a child to lovely language that is well-formed (like copywork), but it also allows a child to hear new words pronounced correctly, and gives them a change to practice spelling. It’s the next step after copywork, and because a child can not see the sentences, it helps him become better at visualizing words in his mind and memorizing. As a child becomes older (moving from second grade to fourth or fifth grade), dictation sentences will become longer and more complex, although once a child can easily write their own clear sentences using correct grammar, dictation can be stopped.

Copying the work of others is traditionally how we learn. Masters (those who become experts in their field- whether it be writing, art, music, or anything else) typically first studied the work of others, mastered it, then went off from there to create their own original work that was celebrated on its own. Rarely does anyone become good at something without a strong foundation at a basic level, and for some reason the idea of just copying good writing seemed too simplistic to me to be effective. But it works, it really does! And considering the fact that brilliant individuals of the past, including Aristotle, Sebastian Bach, and Michelangelo, received their early education by copying greats during their studies or apprenticeship, I’m surprised more of us don’t start this way. 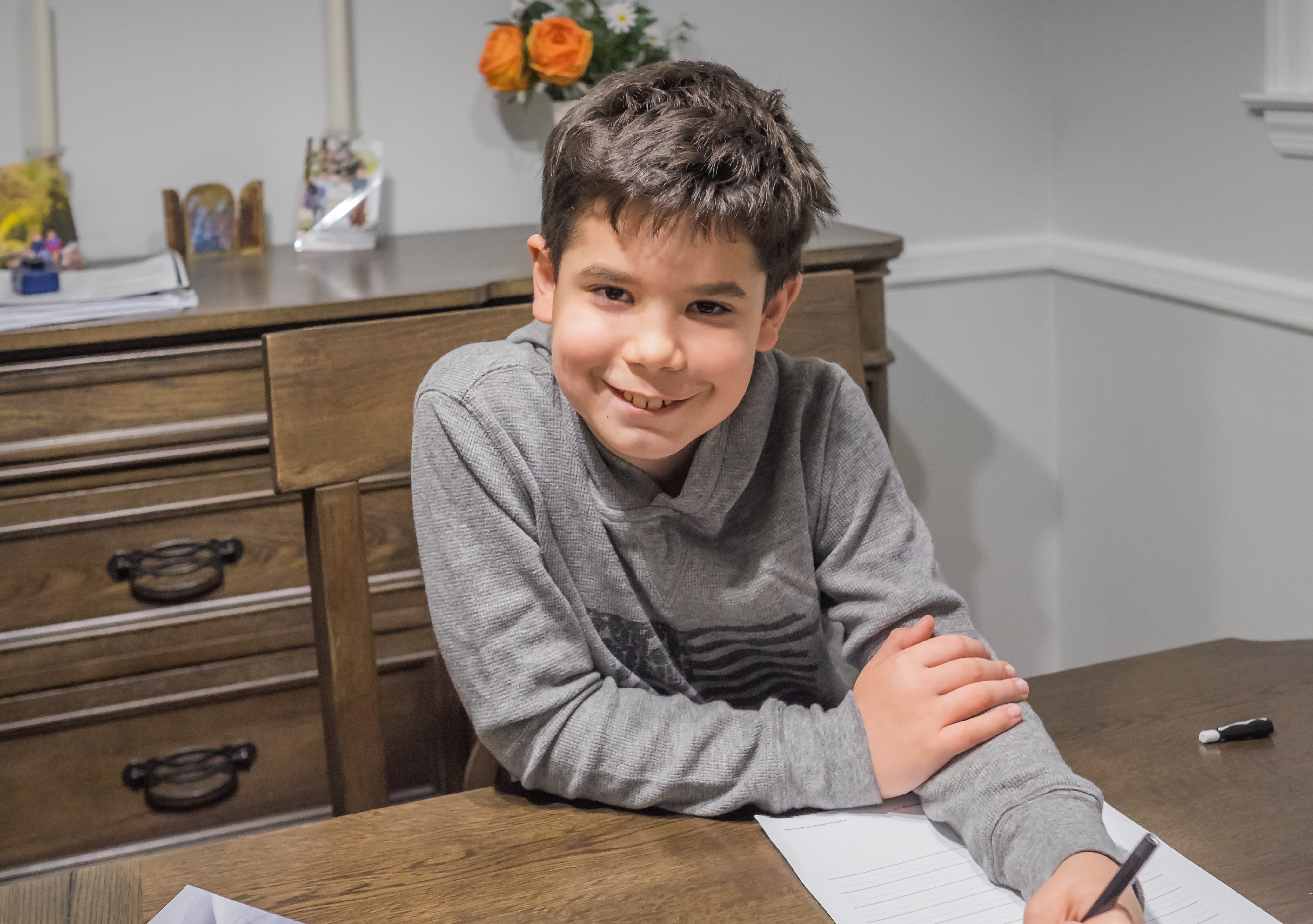 Why We Love Writing With Ease

According to Mrs. Wise Bauer, an effective way to guide your student through a simple writing program is through a progression that will develop both writing and thinking skills in a systematic, stepwise manner: copying, dictation, narration, summarizing, outlining, short critical essays, long critical essays, research paper. We are at the early end of this writing spectrum, but we are definitely progressing through it well, and I feel a huge part of the reason is because the Writing With Ease books make it so easy for us. There are literally almost nine months worth of short, daily assignments in each consumable book, with selections for copywork, dictation, narration practice, and reading comprehension help already chosen and presented for you to use. You don’t have to do any work in terms of coming up with age or level appropriate text for your children, or reading selections with comprehension questions, and with each lesson there are tips for the parent to help guide the child (ie “Today we are learning about linking verbs” and “Today’s reading is from Pippi Longstockings; here are some new vocabulary words you will come across as you read, and they mean …”).

Whether you are homeschooling your child and would like an effective and complete writing program that incorporates grammar, spelling, vocabulary, etc, or are simply helping out a struggling child that isn’t receiving the help they need in school, you can use the Writing With Ease books without needing to buy additional supplements or programs. You may still decide to do so, but we found this to be a complete program that does cover everything we wanted our boys to learn, and with each subsequent level they will review some things, and advance in other areas with more challenges lessons. It’s organized and allows parents/teachers to simply follow the four days a week program for 36 weeks, and it really is amazing as we look back just a short time how much progress has already been accomplished.

You can find the entire Writing With Ease series (all levels) here (there are some tests to determine where your child should start, and it’s definitely best to choose based on their capability level and not their school grade- expecting them to do work they aren’t capable of yet will lead to frustration and tears, but starting at their level and slowly progressing will engage them and make them feel more confident in their abilities ♥︎).

For fun, you can also read more about how copying the work of others is an excellent way to learn at The Art of Manliness.