My sons were recently going through a pile of toys I packed away to donate, looking for excuses to salvage everything (even though they hadn’t played with them in a while). They will insist that yes, they do need their alphabet learning toys, and yes, they do still play with their old toddler instruments. They haven’t seen them in years, and I know for a fact that they haven’t played with them even longer, but if it’s unfamiliar and a toy, they want to keep it and induct it into their ever-expanding toy collection (only to be ignored again by the end of the day).

I decided to let them enjoy some of the toys for a final performance before being shipped away to new homes with other children. I came back into the room after doing some laundry to discover they came up with a new way to enjoy their Magformers set… a DIY, homemade tic tac toe game (to show me how much they really do need to keep them): 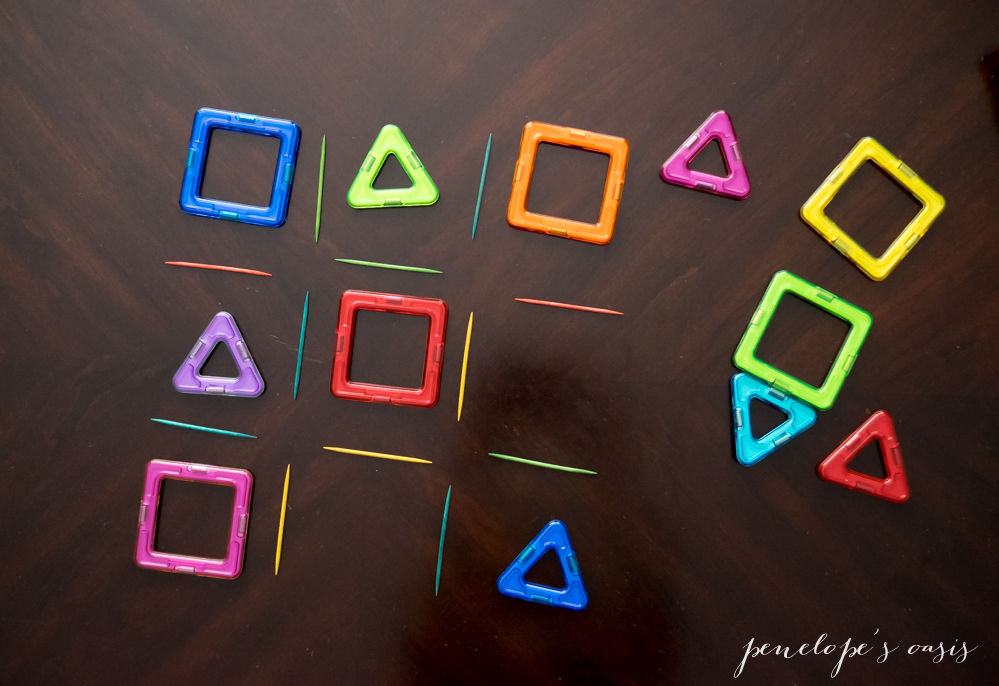 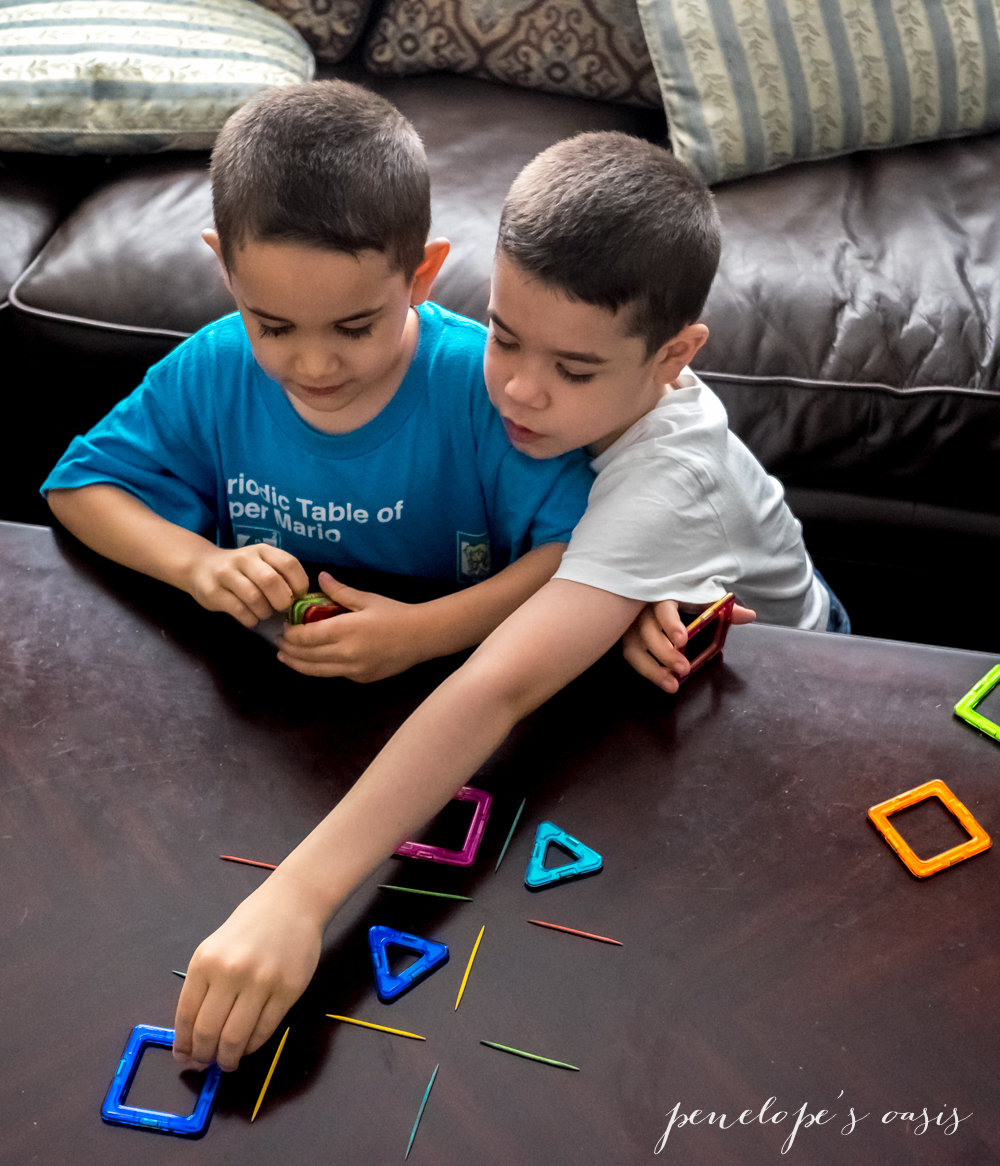 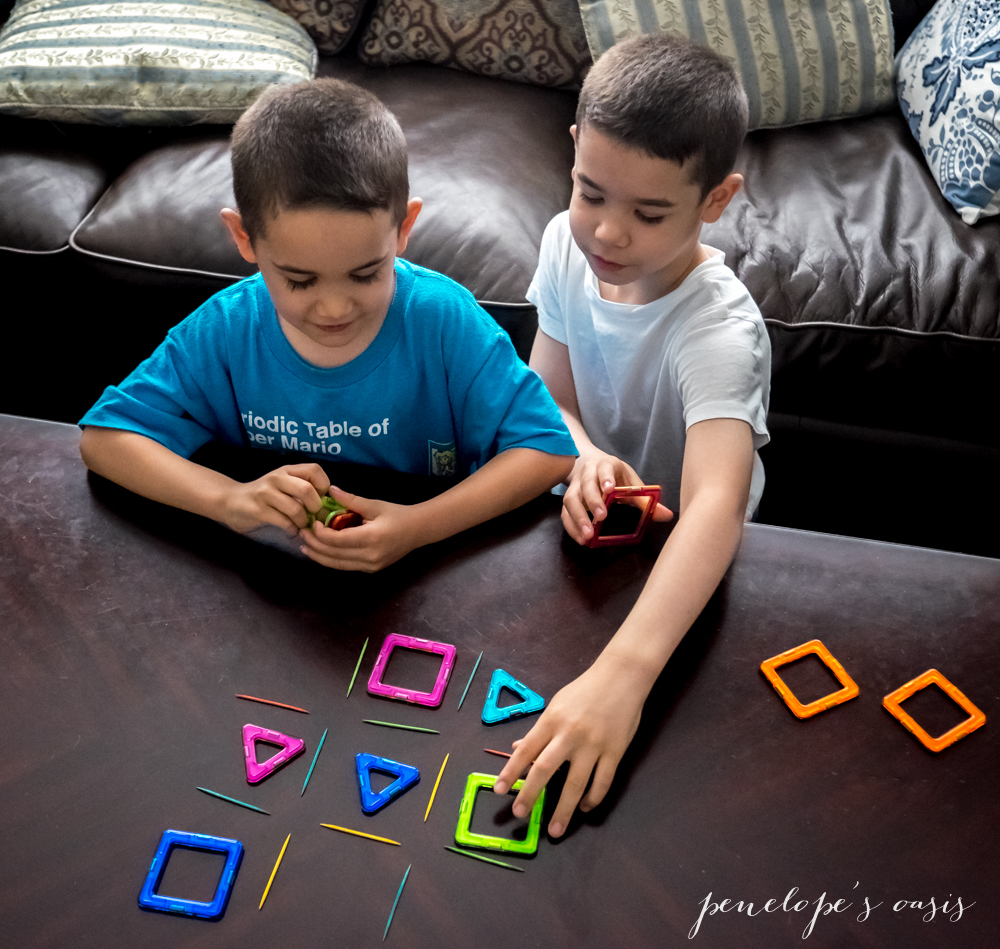 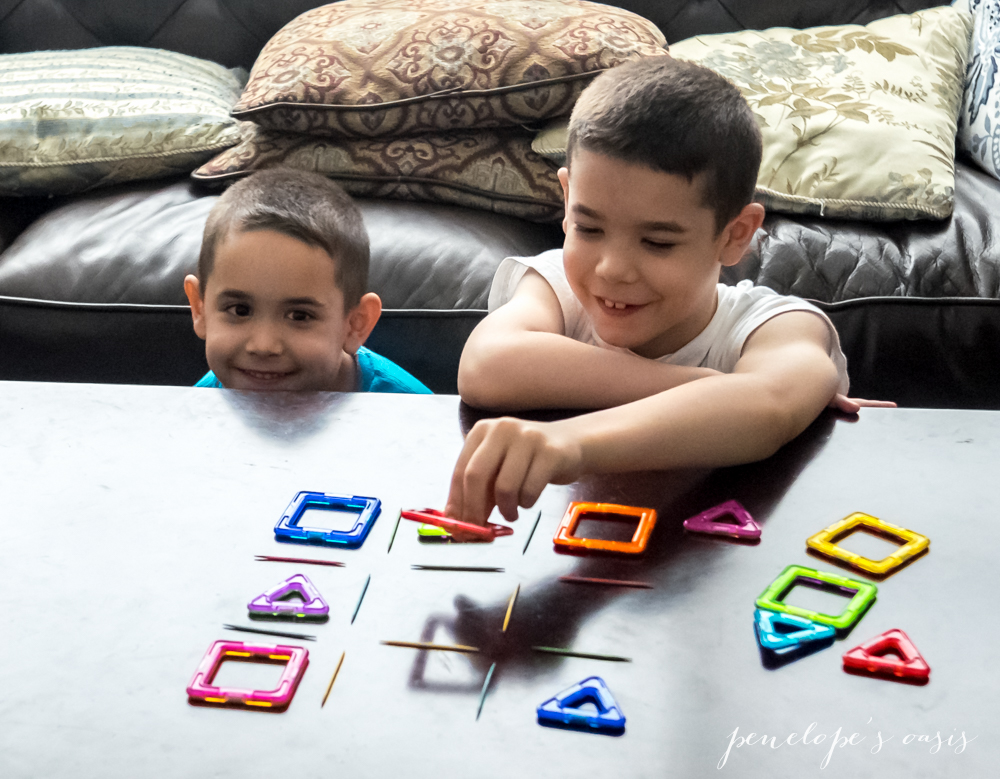 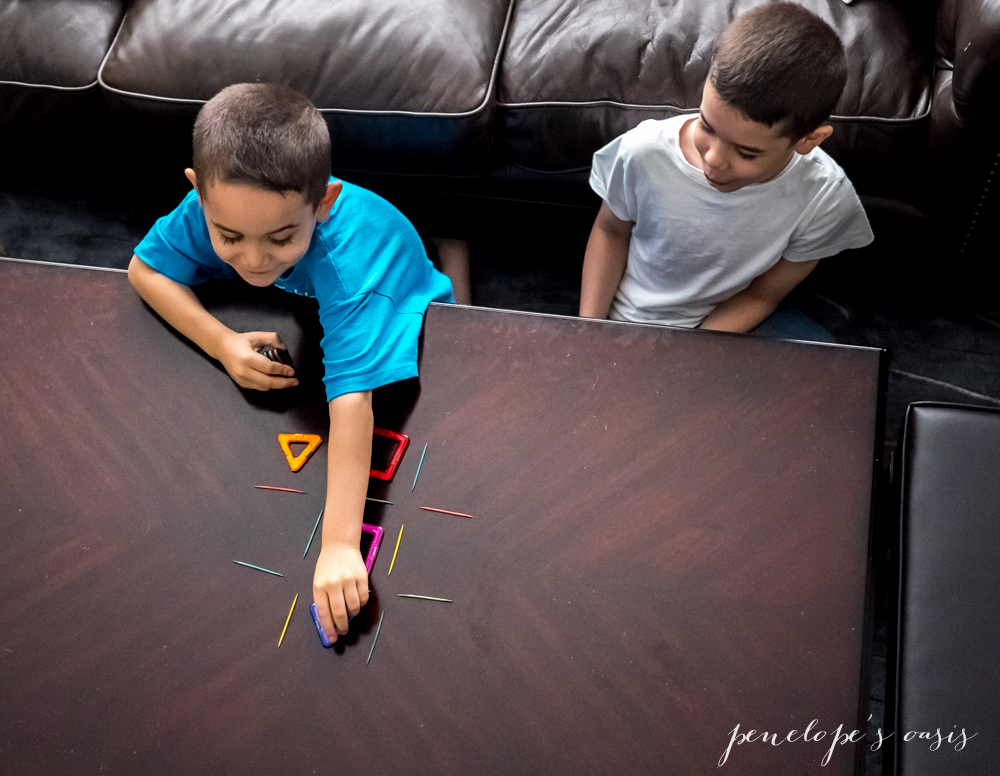 I have to admit, it’s certainly a more colorful way to play tic-tac-toe than with just a paper and pencil 😉

They also played with their Magformers old school style (they spent over two years creating and recreating houses and rocket ships). Magformers are rainbow magnetic toys that basically teach children spatial awareness, a bit of geometry, and some building techniques. They absent-mindedly fiddled with them for years, but I noticed these forlorn, once beloved magnet toys went the way of other similar toys, like the boys’ Tegu wooden magnetic blocks and colored wooden building cube blocks. They may be used sometimes to create a living space for character toys (which is clever it and of itself- to build up homes, barriers, fences, rooms, etc for their cartoon character toys and animals), but otherwise these all disappeared from playtime. 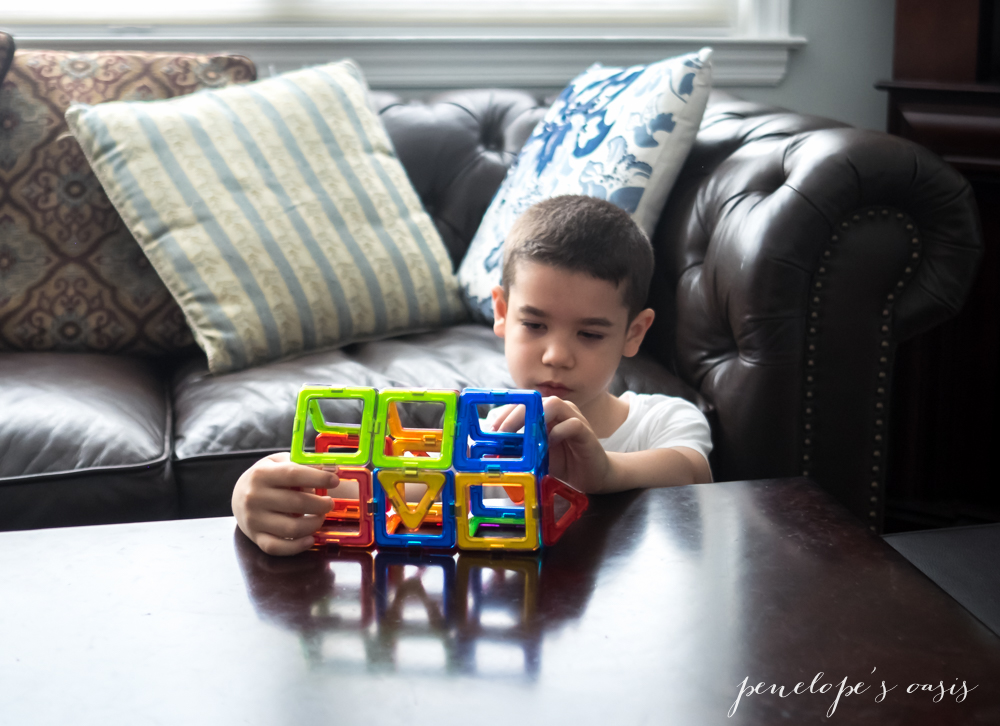 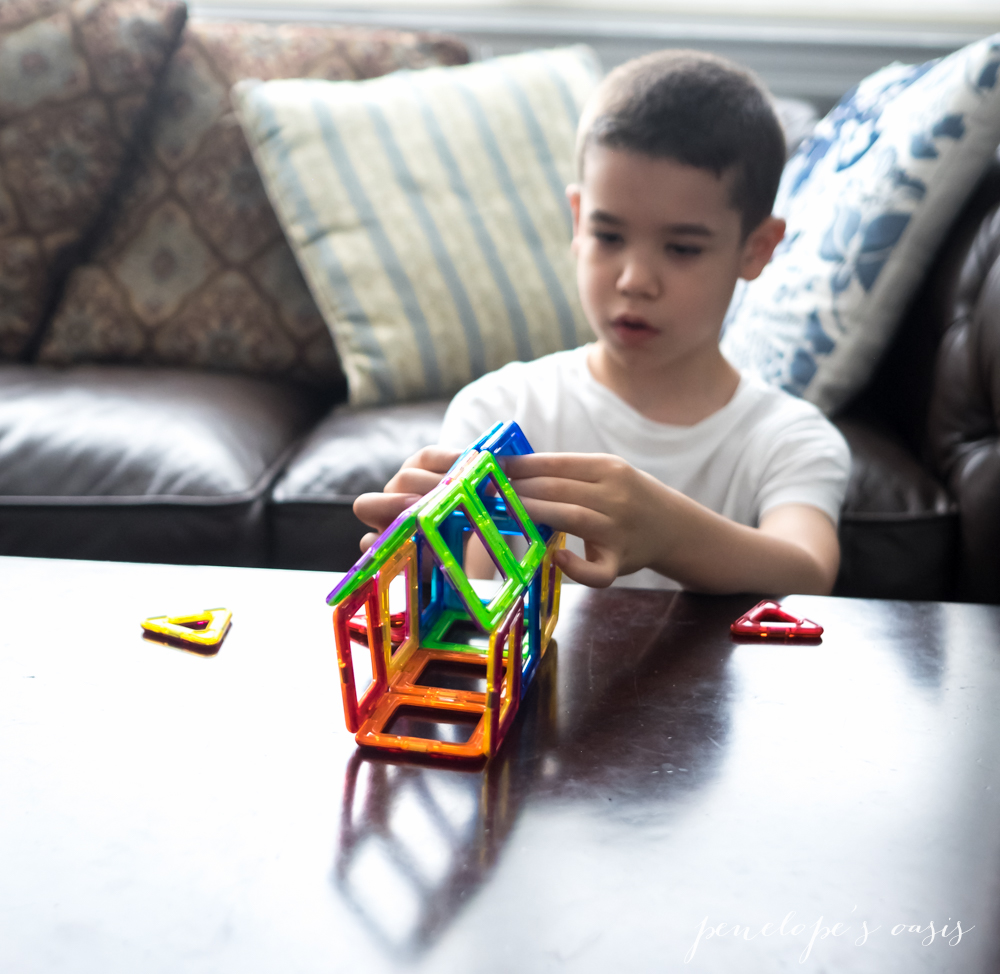 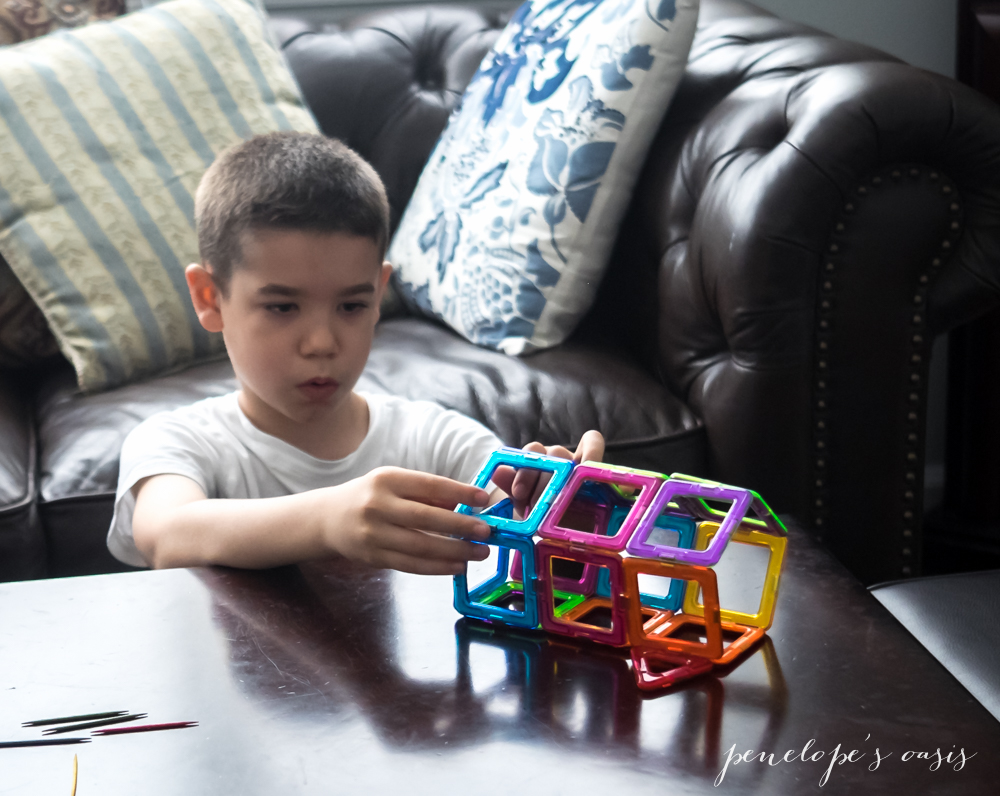 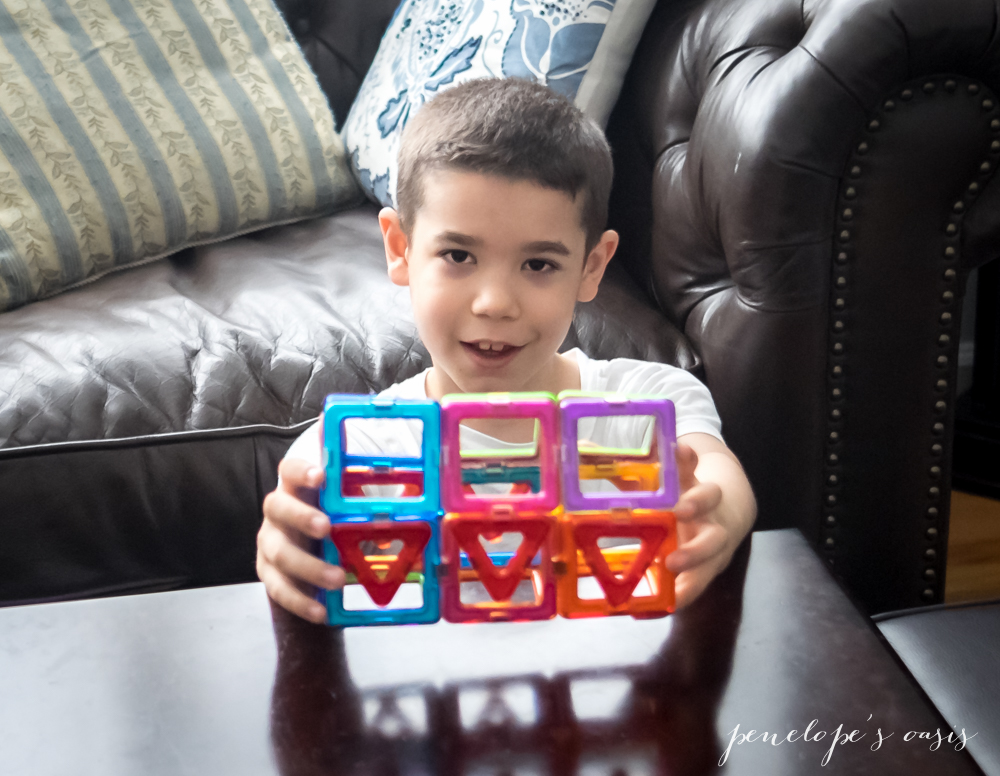 This year they boys have discovered a whole new category of educational toys that include STEM and robotics, and seem to enjoy various card games they’ve been learning from school friends. Hearing 8 year olds playing Blackjack is pretty funny, and seeing my six year old son carefully tracking when he was getting close to one card so he could yell “Uno!” before anyone else is utterly adorable.