This post brought to you by The Orkin Ecologist. All opinions are 100% mine.

Creepy crawlies are everywhere, and I have to admit, nothing scares me more than certain insects. My most feared, loathed bugs are cockroaches and centipedes, so I was horrified to discover that our new, unoccupied home had lots centipedes. EEK!!!! And there were lots of other bugs too, like beetles, silver fish, and ants. Apparently after the last owner passed away, these critters decided to set up residence.

But these creepy insects can be interesting too, and little man and I had a great time putting together a frightening science project, a collection of bugs that live off of humans! Since little man is almost four (and fascinated by anything that makes him go “EEK!”), we chose to study a collection of six blood-suckers. I made the project appropriate for his age and to have him be as involved in each aspect as possible. Together we selected photos of these terrifying insects, and he liked the yucky images best. He would “Eew!” and “Ack!” at each with relish. We printed them out, and he cut and taped them to his science board. Of course we decorated with images that supported the scary Halloween theme for this time of year, since these are some scary bugs! 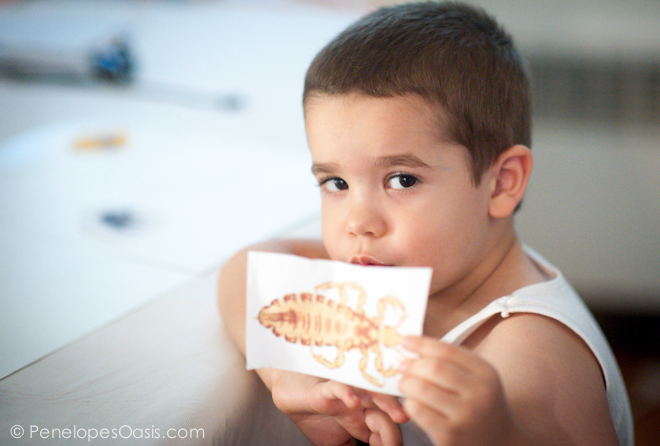 I asked him to write the names of the bugs on the board, since he is now learning to write, but after attempting one word he became very shy and worried about “breaking” it, so we ended up typing and printing out some interesting facts about each blood-sucking creature for him to tape onto his project. Scary as they may be, these fearful insects do have their place in the world, so little man learned a bit about it. He was a great EEKologist! After we finished he gave me a lesson with the new information he learned. 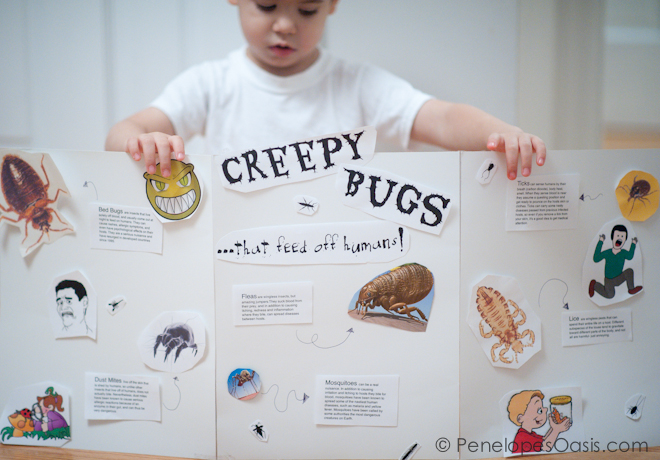 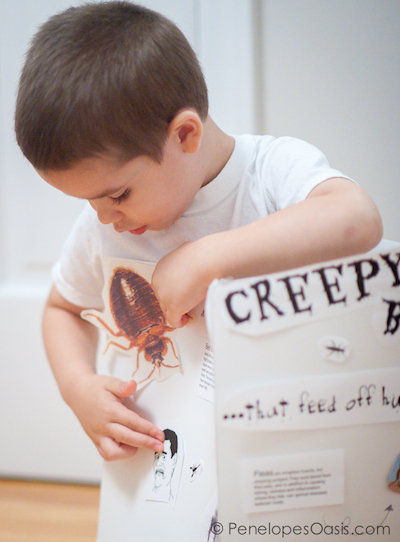 I also learned some new things…such as dust mites only eat organic material in the environment, and don’t actually have any interest in biting humans. I also learned that mosquitoes are considered possibly the most dangerous creatures in the world! Considering they were the cause of massive malaria outbreaks, as well as other nasty epidemics, throughout history, I can see why.

We were inspired by a list I found on The Orkin Ecologist site. It’s a great resource for information about these bugs we share our Earth with, and the more we learn about them, the more we can understand how to safely live with them (or get rid of them if need be), so we enjoyed perusing the site. 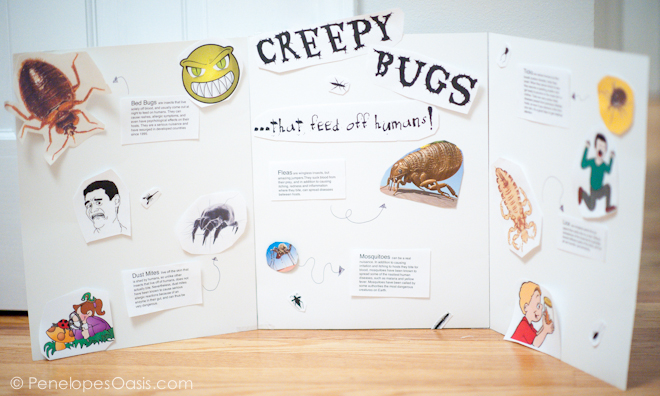 What do you think of little man’s first science project? If you’d like to create one with your own children, or simply learn more about these fascinating bugs, check out The Orkin Ecologist site.

To enter to win, simply share the photo of our completed project on pinterest with the hashtag #EEKologist, and share the link to your pin in the comment section below (and let me know via the rafflecopter that you did). Share this post via other social media for extra entries. Good luck!