A Day Of Indoor Snowboarding Fun + Skiing Lessons For Kids!

It’s cold outside, but there still isn’t any snow on the ground, so what are a couple of adventure boys supposed to do? Head to Big Snow, of course, for some snowboarding fun!

The boys have never been snowboarding before, so when we were invited to enjoy a day of skiing or snowboarding at Big Snow in East Rutherford, NJ, they were so excited. We didn’t even know there was a large, indoor snowboarding and skiing park so close to us in New York, but apparently lots of other people did, because the place was (safely, socially-distanced) packed on a beautiful November day when we headed out to Big Snow for snowboarding lessons. 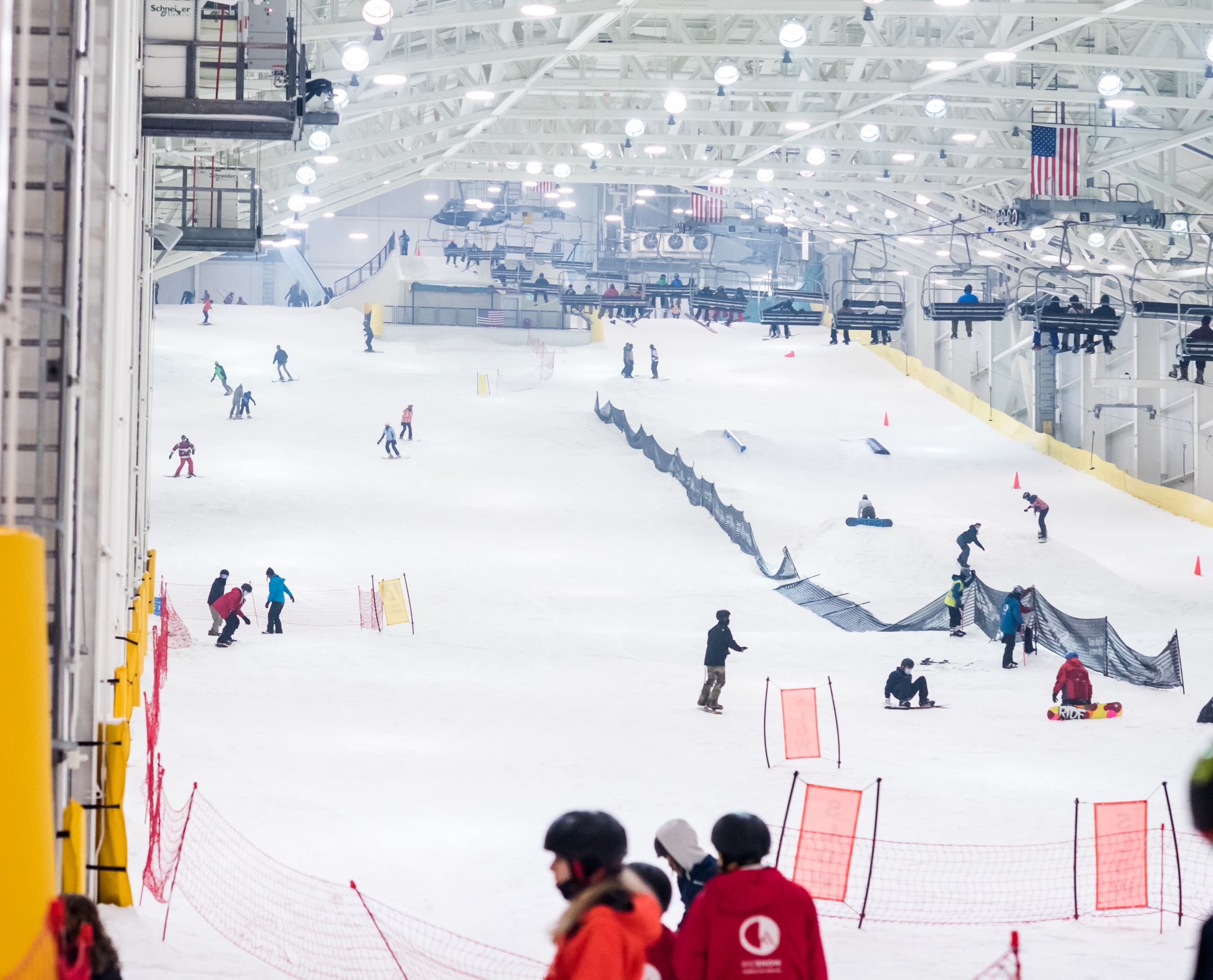 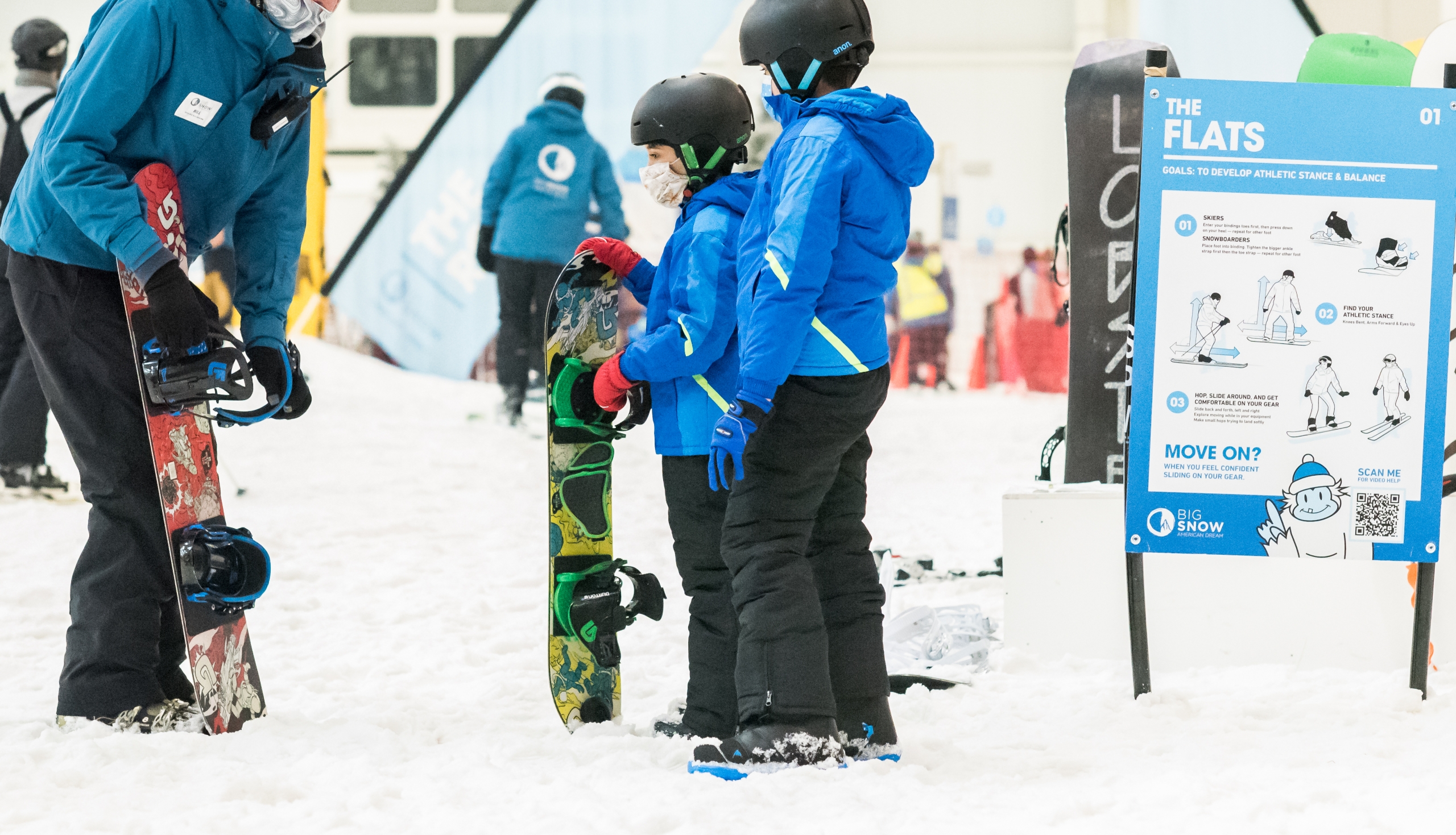 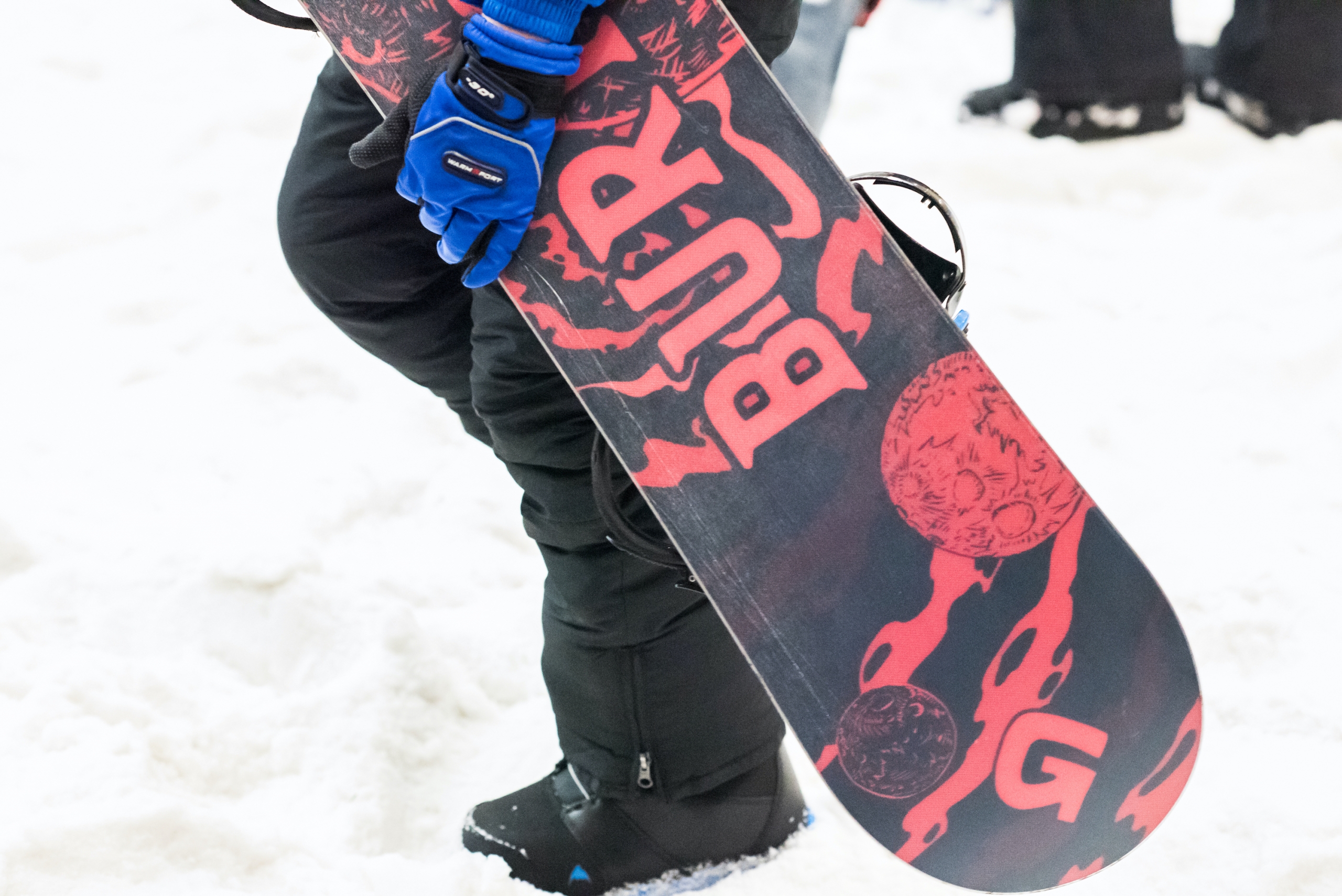 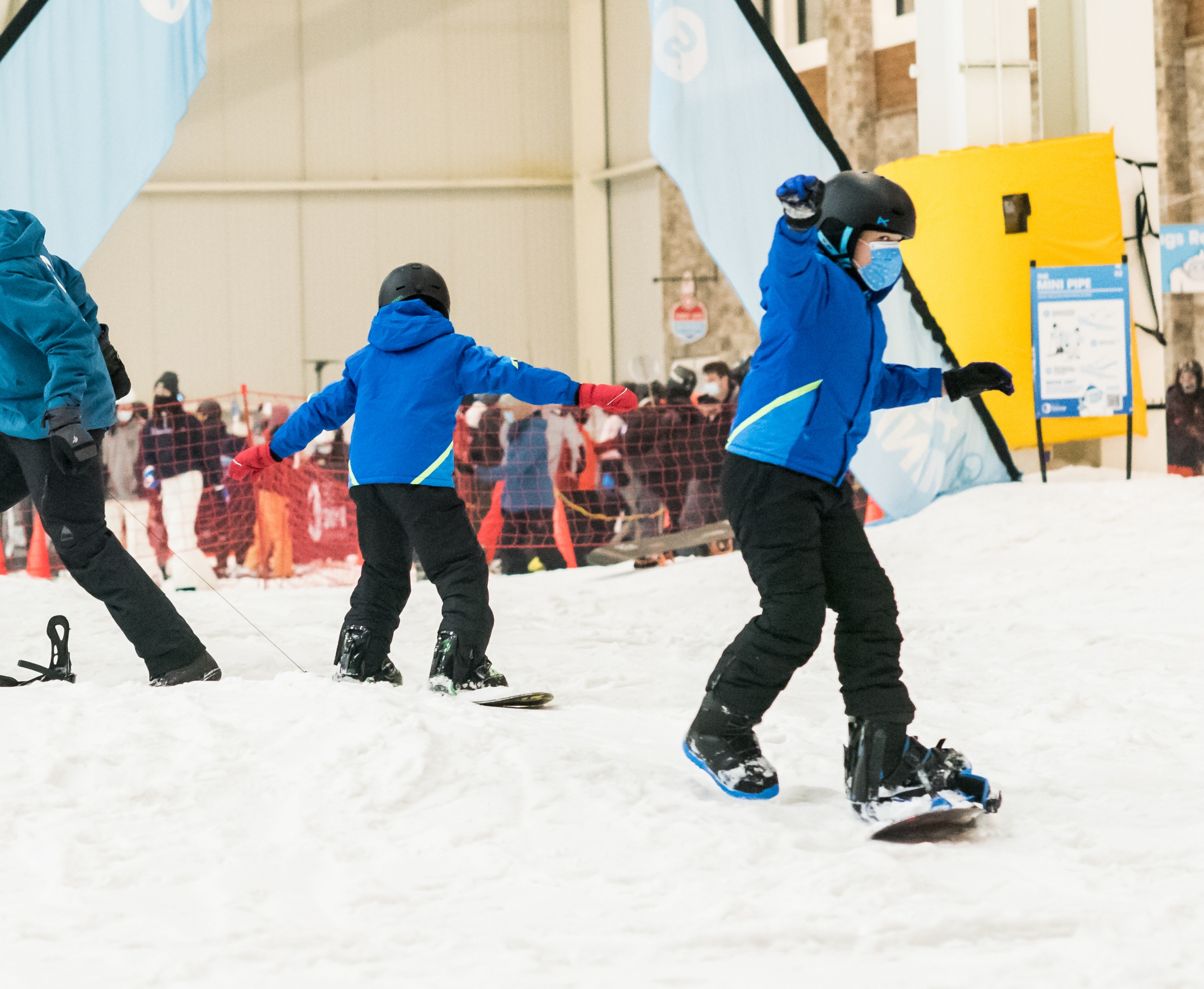 Big Snow offers both slopes for active skiers and snow boarding enthusiasts, as well as a dedicated section for lessons for newbies like my sons. They both were sized up, fitted with winter snow gear and snowboarding supplies (it’s cold inside where they make their own snow for their indoor slopes), and started lessons with Kyle. My younger son loved snowboarding so much that in no time, he was hustling himself up the moving sidewalk lift himself to keep snowboarding down the hill (a starter hill, for those who are learning and small children). There is a second, much steeper slope for advanced and experts skiers and snowboarders, with optional hills on the run so they could show off their more advanced skills with mid-air flips and twists. It was fun to watch! There were also Sno-Go bikes, something we will return to rent and try out in the future. 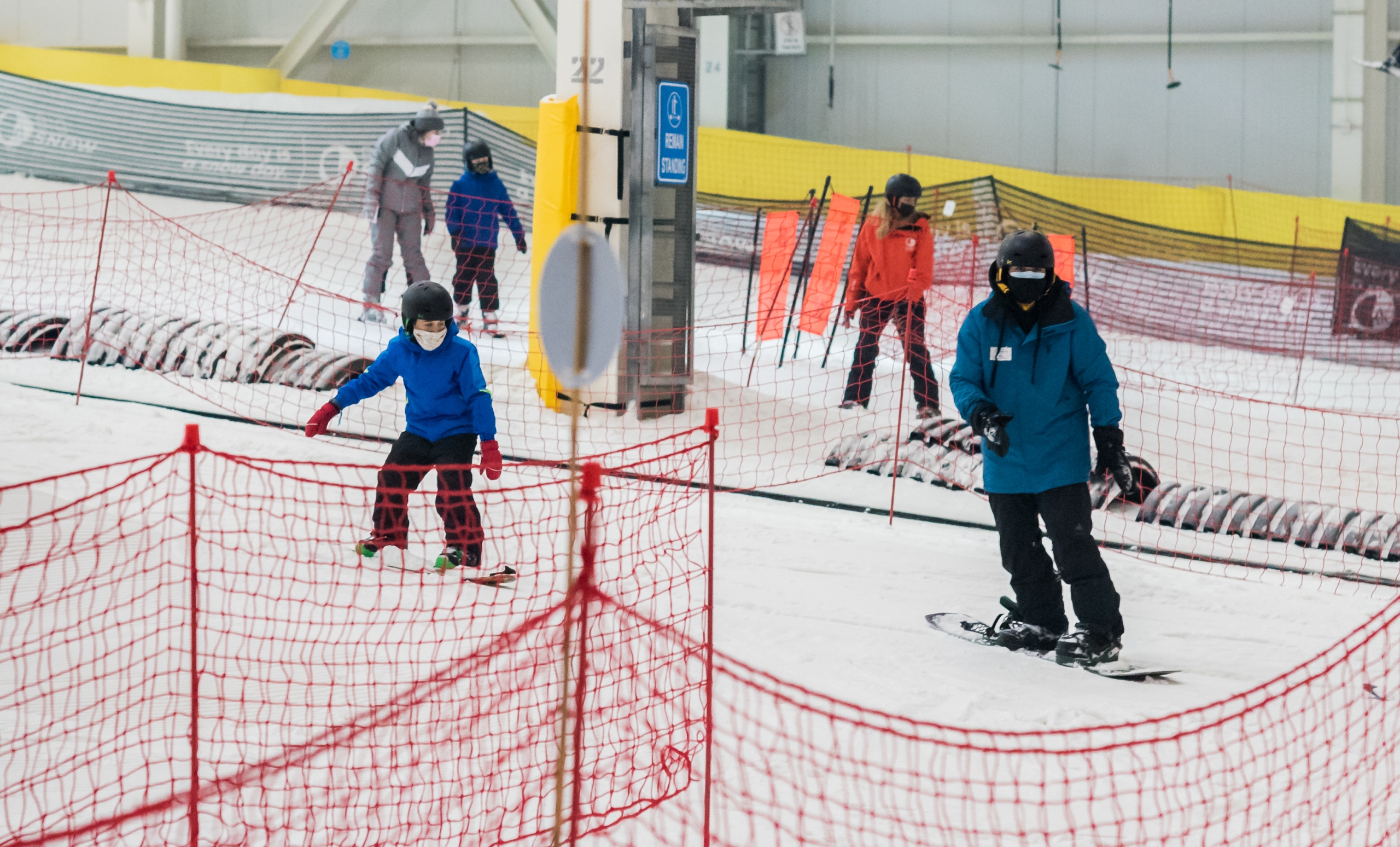 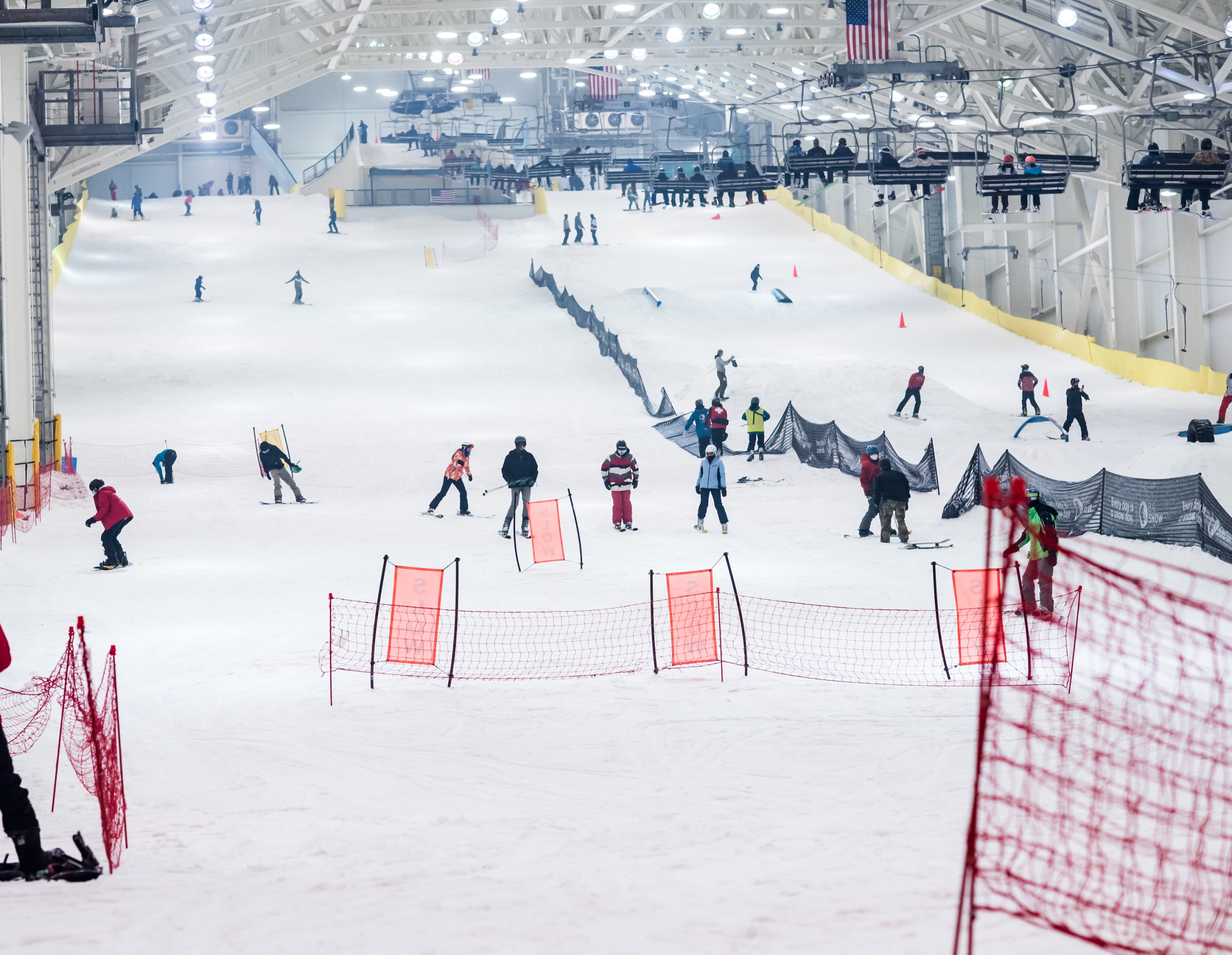 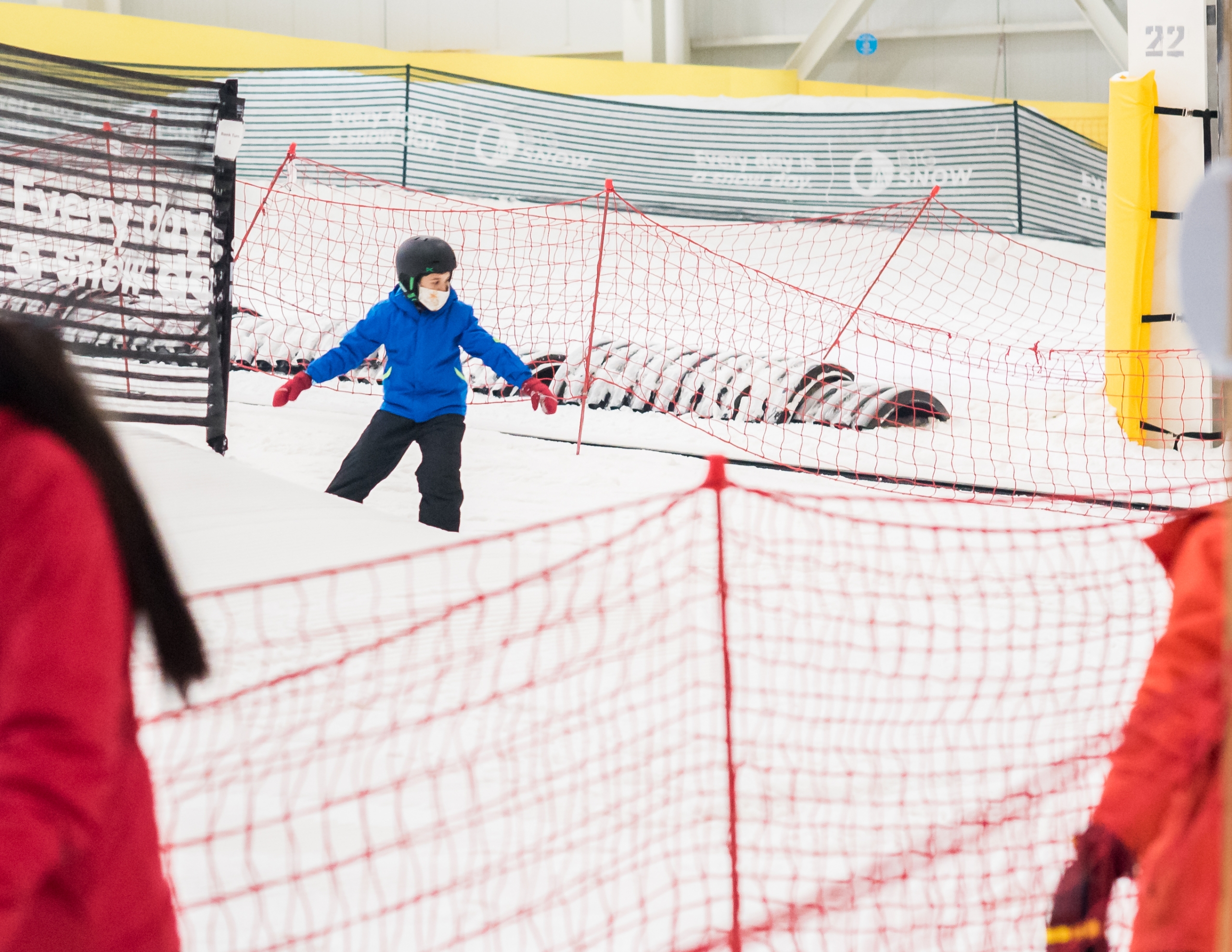 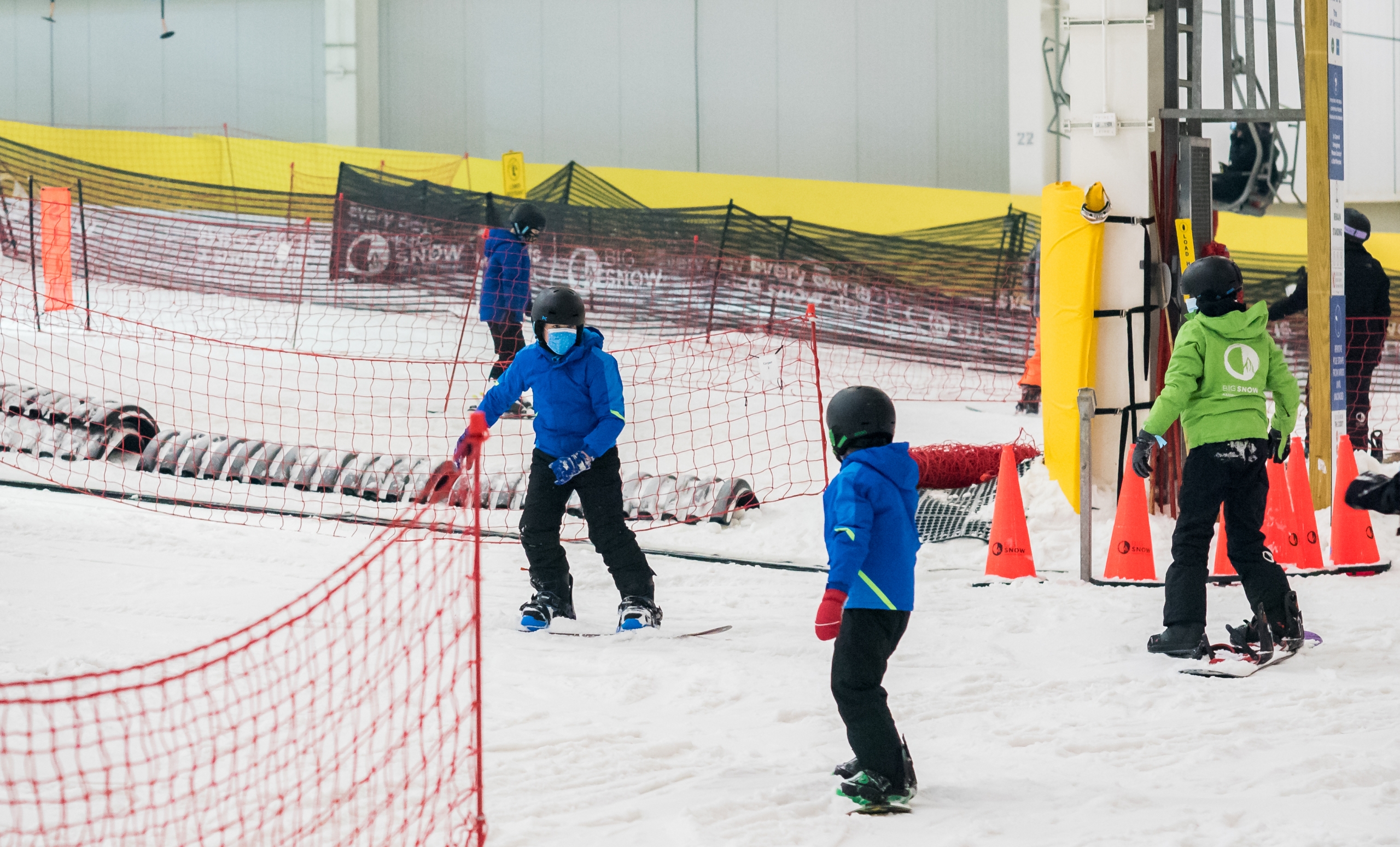 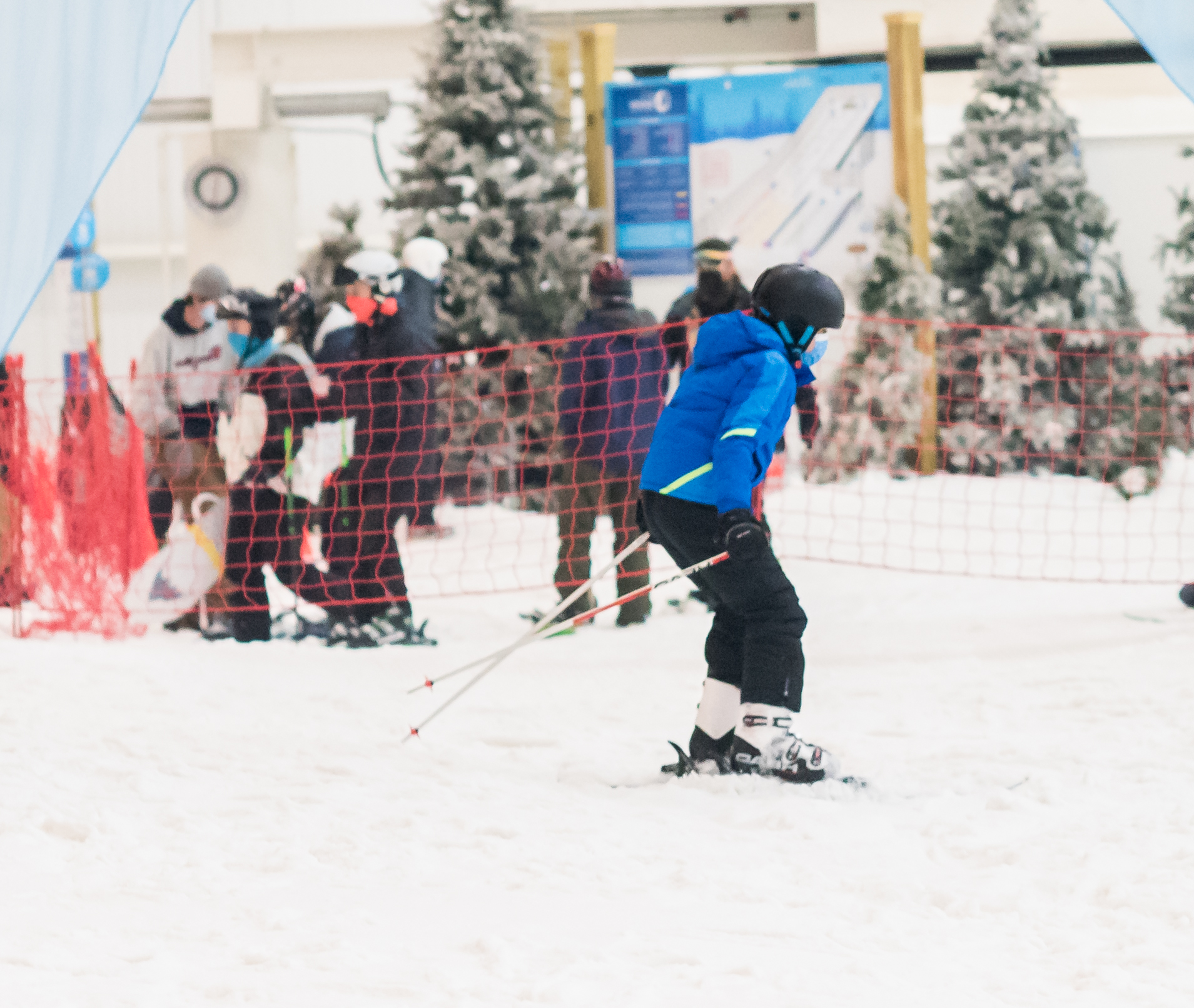 My older son loved snowboarding, but was so cold he wanted to take a break, during which time he mentioned to his dedicated instructor Kyle that he always wanted to try to ski too. Kyle told him to suit up, he was learning to ski! So he also had a skiing lesson, and he loved it just as much. I noticed he had more control with his skis too, and was more confident with skis and poles, so I watched as he too was proudly skiing down the learning slope. Their lessons lasted three hours, during which time they learned their new sports with a patient instructor (thank you Kyle!), slowly started to master the basic skills, and took breaks in a private room for students when they needed it. 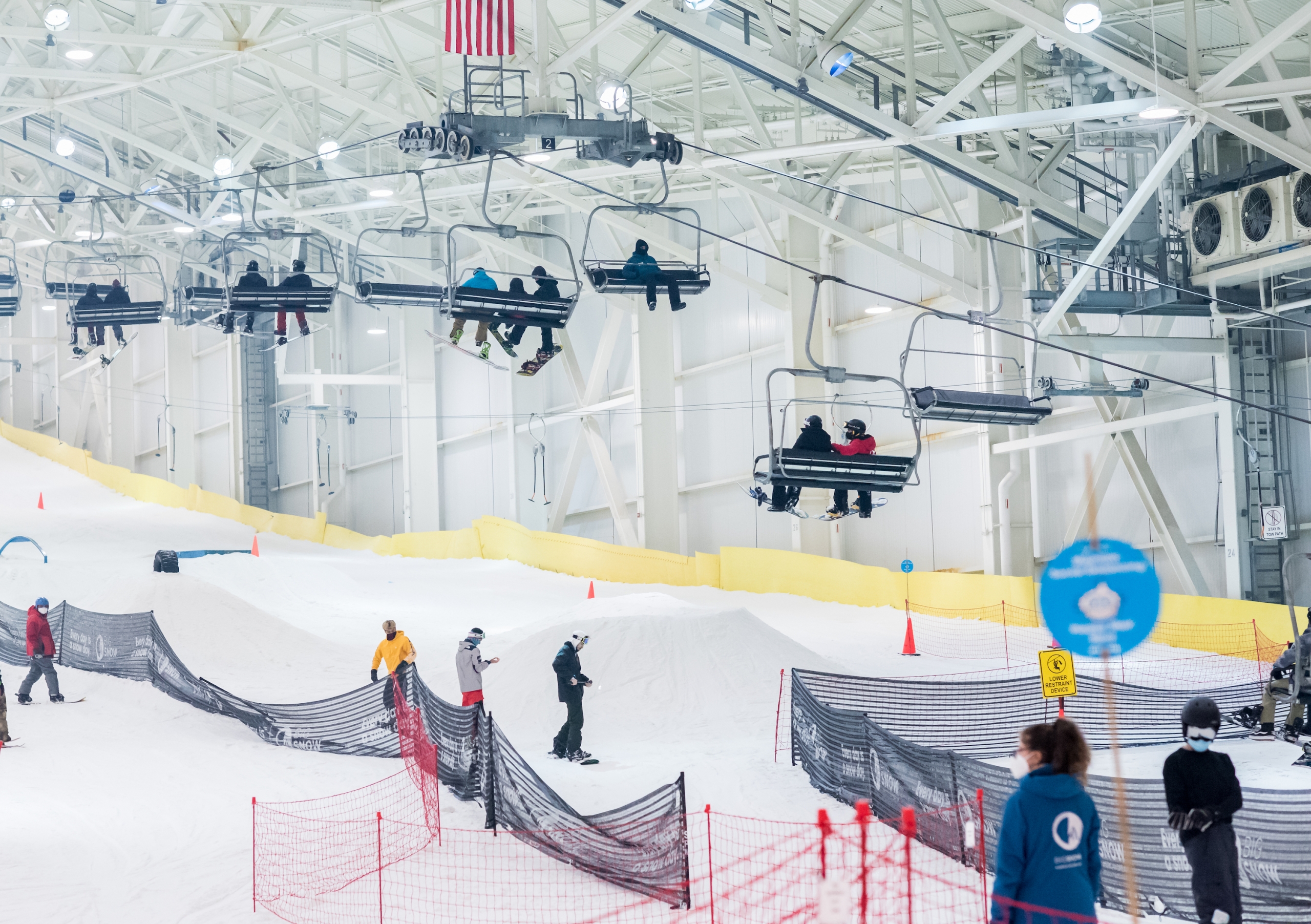 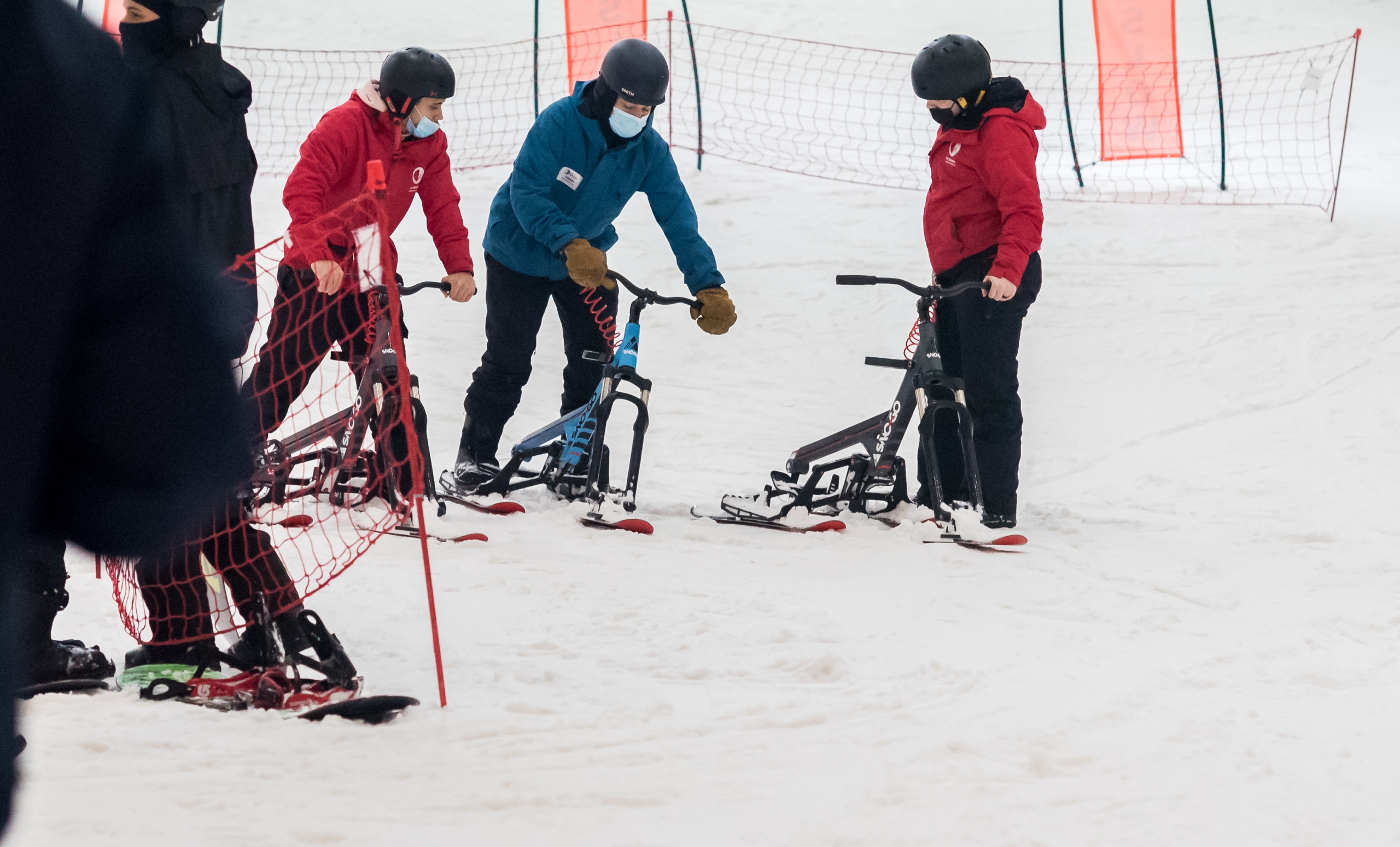 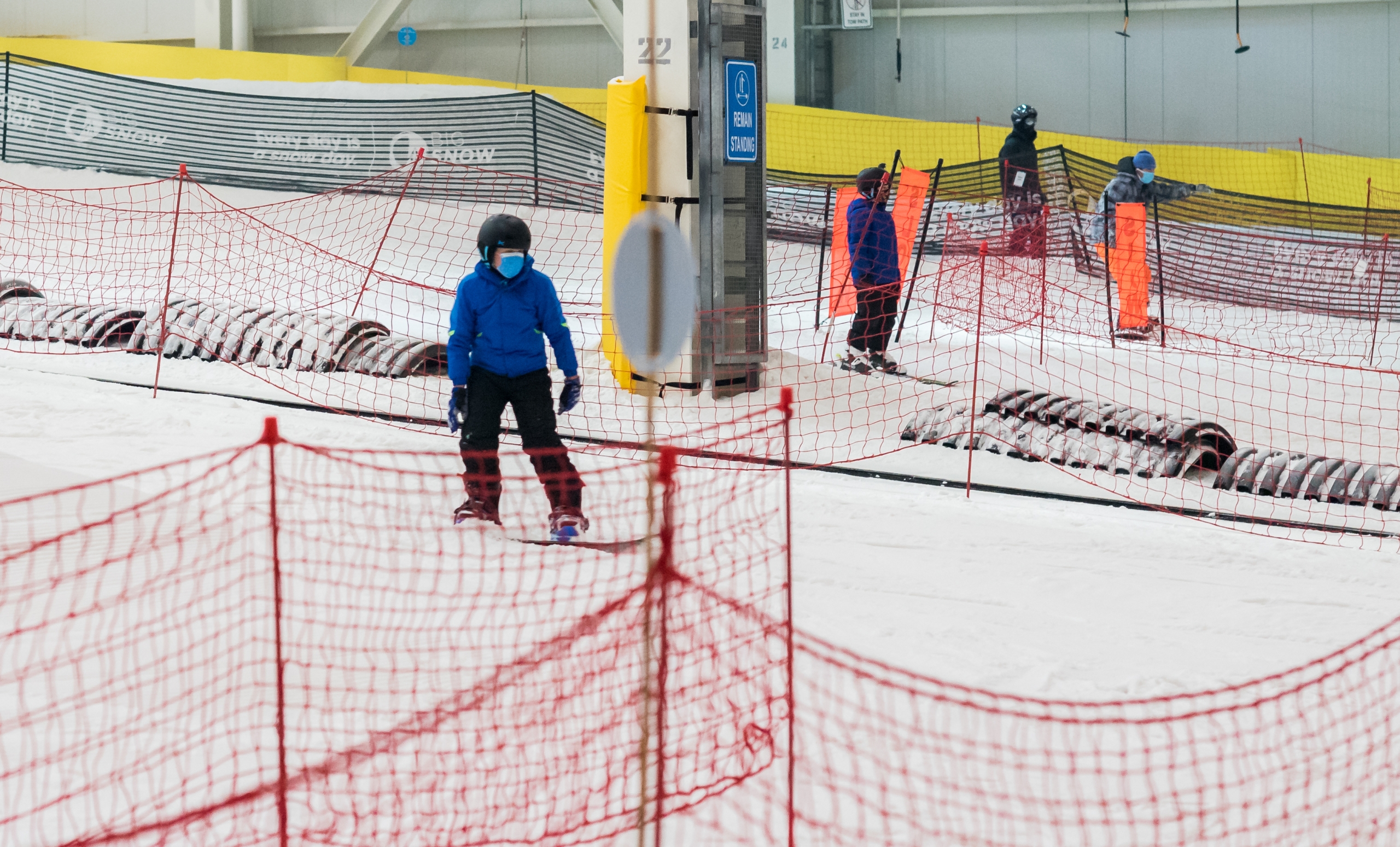 Big Snow offers large indoor slopes with perpetual, manufactured snow, so it’s pretty darned cold (no matter how warm it is outside) and ready for snow action. If you love to ski or snowboard, they have lifts and an amazing slope, and things move along quickly so you constantly coming down the slopes, and if you want to learn, they are ready to teach you. The lessons, lift rates, and usage rates are surprisingly affordable, so your whole family can enjoy a day of skiing or snowboarding often, maybe learn a new sport, and warm up on the side with hot cocoas and snacks when they want a break. Young children have a chance to be introduced to a new sport in a relaxed setting with attentive, friendly instructors, and all in all, it’s a lot of fun!

The best part? It doesn’t matter what’s happening outside. No snowy white Christmas? It’s ok, you can still go to Big Snow and ski indoors as though you were on holiday. Find out more information about Big Snow here.