Pretty home decor makes our home more enjoyable to live in, and every room that has a touch of effort to make it more attractive is another room your family will enjoy going into. Diaper Genie Expressions is the #1 diaper disposal system, and now it can even become part of your nursery decor.

Not only can a diaper pail can be attractive, but the most practical room for parents once you have a baby- the nursery- can now be a little more fun. 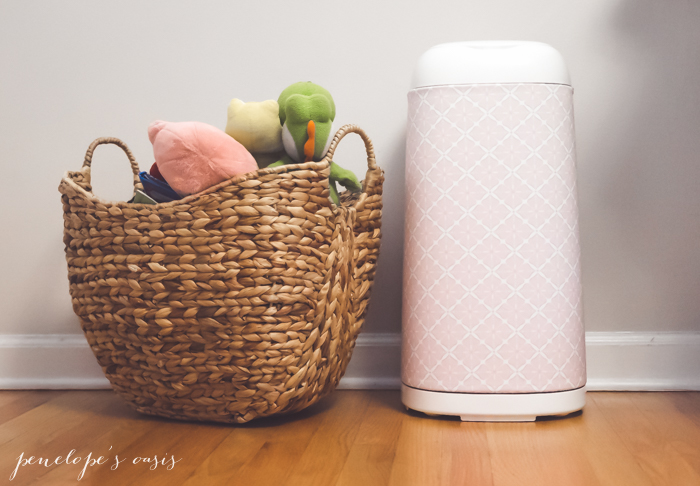 Our littlest guy is almost out of diapers, but not quite yet. Overnight, he still wear them, so that means we still need to dispose of those diapers in the least smelly, most hygienic way possible. Diaper Genie Expressions is now in his room, between his desk and bed, so that every morning that he wakes up, he can toss his overnight diaper in and get dressed, easily and independently. 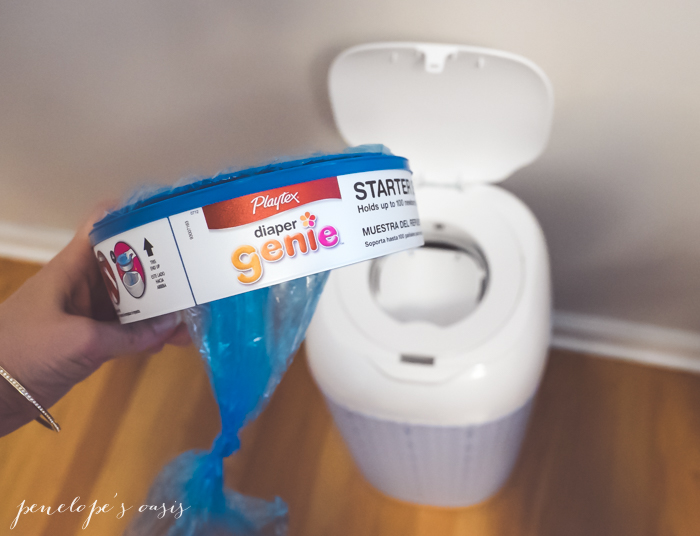 Since his bedroom in designed in a theme that fits his current hobbies, an all white diaper pail would stand out a bit. Diaper Genie Expressions is certainly sleek and attractive on its own, but since we want to match (and not to have the diaper pail stand out), we love the patterned sleeves, which are available in five different patterns.

Of course, after the diaper days and potty training is over, Diaper Genie Expressions is still useful, because this versatile diaper pail can double as a waste container, just another reason to add to the list below for why we would always pick it as our #1 choice too.

♥︎ Customize your pail with any of 5 designer covers or keep it white for a sleek look
♥︎ Double secure odor lock system to keep odors inside where they belong, with a 7 layer refill bag and a push-n-lock clamp that shuts tight and stays shut until you open it again
♥︎ Holds up to 50 diapers, and they never touch the pail
♥︎ Easy open push button lid for one-hand use- open lid and insert diaper with one hand
♥︎ No assembly required, and it comes with a starter refill bags

The designer sleeves are machine-washable and easy to pull on, so you can match your room, or mood, and change it up when you need to clean it, or just feel like it.

Diaper Genie Expressions now also features a built-in cutter to cut the bag when it’s full (I always forgot to bring scissors with me and it became a two-trip event, but not anymore). Since you can cut it when you need to (bag isn’t pre-cut) you can dispose of extra-smelly diapers right away, without wasting the refill bag, or wait until it’s full to save time. 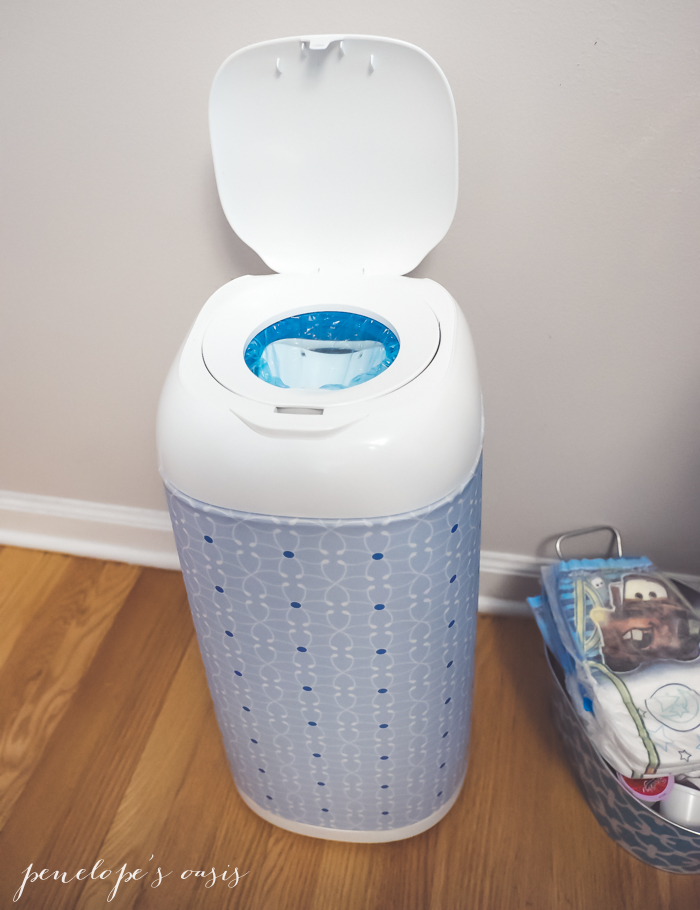 I like the blue pattern best for my son (so does he) and I love the pink flowers for when I convert it to my own office pail after the diaper years. Which Diaper Genie Expressions pattern or feature do you like best?