Time For My Shelfies #StreamTeam

This week officially marked the first week of pseudo-freedom for me, where both my boys were in school all day and I had almost 5 hours a day to myself. Of course, it was spent catching up on things that I needed to do since the beginning of summer, but couldn’t because I always had a full house.

What’s a Shelfie? you might be asking yourself. A Shelfie is simply a tv show that you’ve been missing (put on the shelf) because you were busy carpooling the kids to soccer practice, studying for spelling tests, planning trips and play dates, etc. And here are my Shelfies:

Now, I won’t hear my husband exclaim over something he saw on The Walking Dead and wonder what the heck he’s getting so excited about. I won’t hear my friends talk about the drama on Pretty Little Liars and wish I could join in on the conversation…I’m going to be dusting off my Shelfies and catching up. I’ll be able to hold my own around the water coolor (or coffee maker, or front gate….wherever all the other moms are hanging out today when we run into each other and chat). 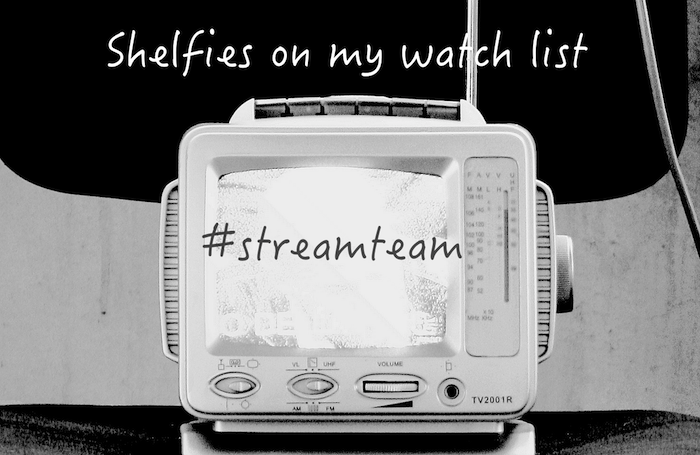 Which shows are on your Netflix Shelfie list? Share the shows you have been dying to start or catch-up on and tag it with #StreamTeam to join the conversation!