A “Love And Logic” Based Approach To Raising Good Kids

I have good-hearted children, but I don’t always have well-behaved children. I always thought I was very lucky to have such a “good” first son during his first two years of life, and figured other parents are just doing something wrong. Then started the era of misbehavior, and I was slapped hard with the terrible twos (and a lesson in making assumptions about other parents).

When I tried to discipline him, by taking toys away and sending him to the corner, he looked at me as though I were speaking a different language. I felt that way, because in our house, discipline was definitely something foreign, and I didn’t know how to do it, how to enforce it, and he walked all over me. I was too soft, and my frustrated husband became too hard, so while I pleaded and hugged, he scolded and isolated, and neither worked. 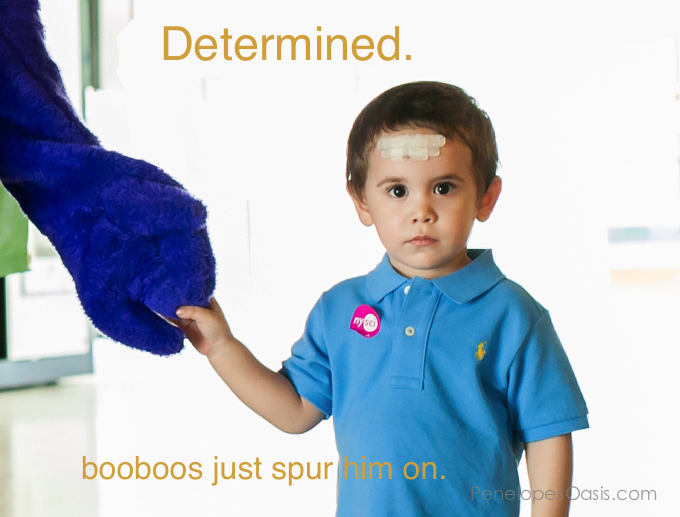 Love and Logic is a concept for raising children that makes parenting more fun, and makes parents look forward to a child misbehaving so they have the opportunity to use its ideas as a learning experience. A system that wants children to misbehave? Yep, because teaching your children wisdom, responsibility, and independent thinking when the price for mistakes is small (and they are little) is far, far better than trying to rescue bad children who misbehave as adults, when the consequences are far more serious.

I have my friend Kelly from Texas Type A Mom to thank for introducing me to Love and Logic, and I wanted to share it with others who may be struggling. It takes a while to get the hang of…you are supposed to incorporate one idea at a time, and once you are doing it well and are getting a good result, add the next step. What is amazing is that it actually does work, once you get your footing.

I had some serious issues with my son. He’d run off past me to school, far enough that I could barely see him, so if someone snatched him or a car veered off the road and hit him, I wasn’t close enough to protect or aid him. It was frustrating and scary to me as a parent, but using a Love and Logic technique (and his teachers’ help), I got him to stay close to me when we were walking alongside major roads and in parking lots. This issue was probably the most important to me, because his refusal to obey endangered him, and in this instance I took his most beloved possession, the iPad, and made it the prize for always being close by. If he was out of my site, no iPad for an entire day- and I actually enforced it (no more wimpy mom). If he was close by, he got to play with it. It worked very well (the trick is to not use the iPad for everything).

I also have a problem when it comes to bedtime, which isn’t as serious, but it’s annoying. Things like getting him to do chores, etc…all these are things I need to start working on. I’ll update as I progress, and hope I actually have progress to share 🙂 Stay tuned!

You can find Love and Logic books on Amazon and other book sites (there are various books based on life stage, and the one I read and loved is called Love and Logic the Early Years).