If You Think All Diaper Pails Are The Same, You Got Another Stink Coming

Our diaper days aren’t over yet, but the worst part is. Our second little guy is starting to be potty trained, so while there is an accident here and there necessitating pull-ups and a diaper pail, we don’t have lots of stinky diapers piling up like we did when they were newborns. And boy were they stinky!

We started parenthood not really knowing what was important to have, and being inundated with a lot of products that weren’t really that helpful once we actually had them, but looking back, a dedicated diaper pail was definitely a must have. In addition to it being more sanitary to quarantine the poop to its own receptacle, it was easier on our nostrils (that thing only stayed in one spot of the house, away from the kitchen and general living areas). Luckily, the diaper pail has come a long way, even in just a few years. 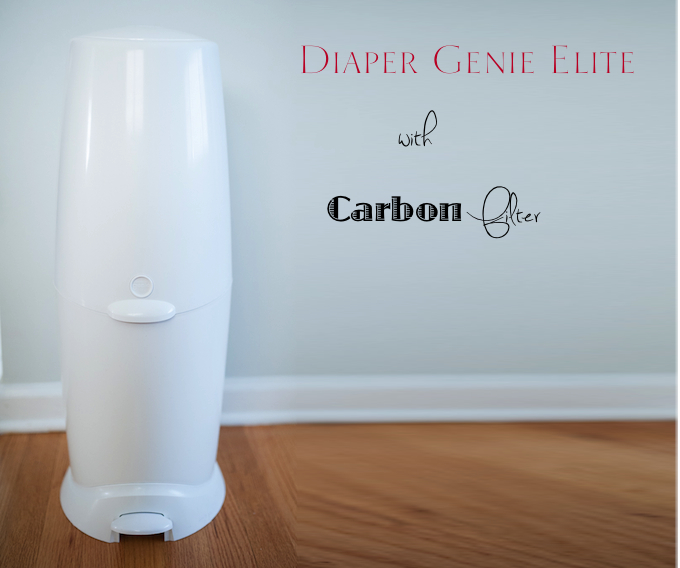 The Diaper Genie Elite Pail with Carbon is a better than any diaper pail we had before for this most significant reason: it contains the odors better. The receptacle mouth where the used diapers go in separated from the compartment where they are stored by a clamp that opens and closes along with the lid by way of the foot pedal, so you aren’t overwhelmed by hours of smoldering diaper odors. A carbon filter inside the lid helps absorb rogue odors that may have escaped the main storage compartment, and because you can size the bags how you want, you can toss it after a particularly offensive episode, reducing costs and the overall P.U. factor.

The Diaper Genie Elite Pail splits open in the middle to make it easy to tie up, remove, and toss the current stash of soiled diapers, and the foot pedal makes for hands free use (kind of a must have when your hands were just touching poop). 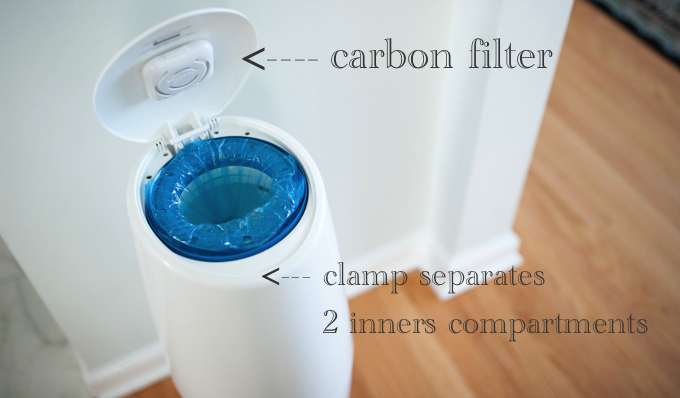 We tried the Diaper Genie Elite Pail with Carbon with the Diaper Genie refills, which features seven layers for odor protection. Unlike refills from our past, they are used like you’d think they would be – just pull the bag out and through the center, and tie the bottom. For some reason, we had to do some manual acrobatics with a few brands… why would something like this need to be complicated? We also tried the Munchkin Nursery Fresh refills, even though I didn’t think you could use other brands (it says on it that it’s comparable). I’m glad it’s available if it’s the only thing in stock in a pinch, but I tend to prefer items specifically branded and made to work together, because they usually work together better. The Diaper Genie refills fit into the Diaper Genie Elite Pail better and it was easier to close the lid (and since I don’t want any odors seeping out, I prefer a better fit). 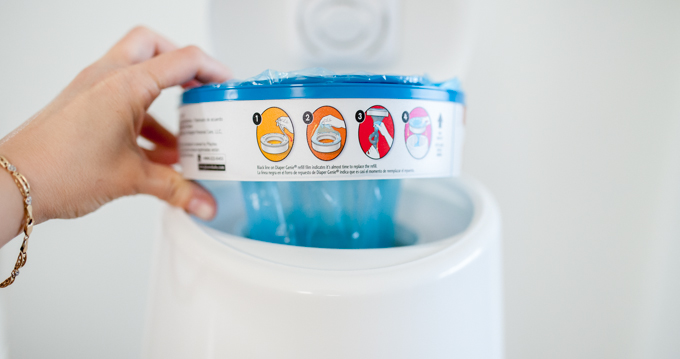 And don’t forget to please join us for lots of parent tales, anecdotes, advice, and real product review at the Playtex Mom Trust. I am happy to work with them this year to provide a supportive resource for new parents.