The secrets to a happy marriage seem to come naturally to some, and to elude others, so maybe getting some marital tips straight from our wise older generation who have had long-term happy marriages would be the way to go…after all, they did it right for decades!

The Cornell University’s Legacy Project has collected tips for happy lives and happy marriages from folks over 70 years old for over five years now, and so I’ll defer to them today as I share their extremely wise happy marriage tips. 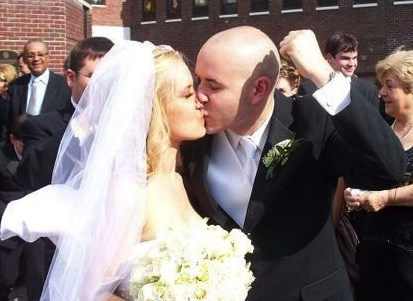 Happy Marriage Tips From Past Generations

1. Marry someone with similar values, beliefs, goals, and lifestyle. You can’t change a person, so make sure you really, really like who they are before walking down the aisle together. Marry someone who loves you as you are and doesn’t try to change you either.

2. Don’t keep track of who does what, who gives what, who takes what. Give your marriage your best. If you both do this, you are both getting as much as you give, and score-keeping is the death of love, friendship, passion- everything that matters in a marriage.

4. Marry someone you feel friendship with as well as passion, because during stressful times you won’t feel very passionate about your spouse, and your friendship will carry you through until you do again.

5. Don’t just commit to the person you married, commit to the marriage itself. Your marriage is bigger than the two of you as individuals…it is the beginning of a family unit, a significant new bond within your social circles, society, and the unit your children are part of and grow up in. Your marriage effects a lot of people around you, it’s no longer just a relationship between you and another person. Your commitment isn’t just to each other, it’s to something that now effects many people and things.

A common theme among our happily married elderly seems to be living balanced lives, where their relationships were held in high esteem and their spouses were valued. Just as important, they seemed to put a lot of thought into who they married, and made a choice in a spouse with both their heart and their mind. I’d say that is probably the most important advice I’d give my sons when it’s time for them to choose a life mate…marry someone that fits into your heart and your lifestyle, and who has values that match yours.

Then I’d tell them the advice of radio personality and psychotherapist Dr. Laura, who says when it’s time to pick who to marry: Choose wisely and treat kindly, because after you’ve chosen wisely, having a longterm happy marriage depends on treating your spouse with kindness, forgiving them for being as imperfect as we all are, and striving to make them happy.

The premise for these tips can be found in “30 Lessons for Living: Tried and True Advice From the Wisest Americans” (Hudson Street Press, 2011). I was inspired by them but reworded and expanded on the basic concepts in my own words, with additional thoughts that aren’t in the book.