Nicolette Christiana Hunt was born to my sister Eleni and her husband James in Long Island Jewish Hospital in New York City one second after the stroke of midnight on 2012 (at 12:00:01 a.m. Sunday). She is officially the first baby born in NYC in 2012, and weighed in at exactly 7 oz, 20 inches long. She is gorgeous, teeny, and sweet, and her older sister and happy parents were very surprised that their new little lady wanted to make such a dramatic entrance into the world. 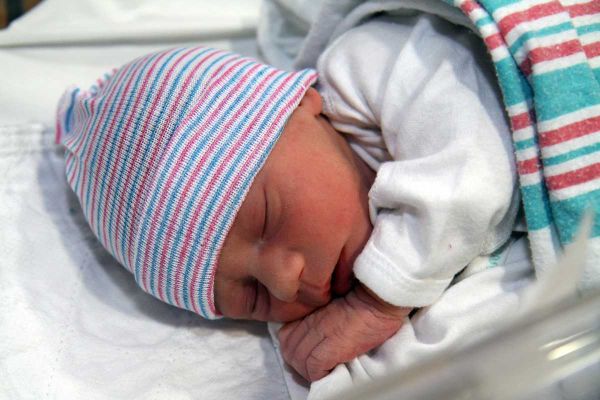 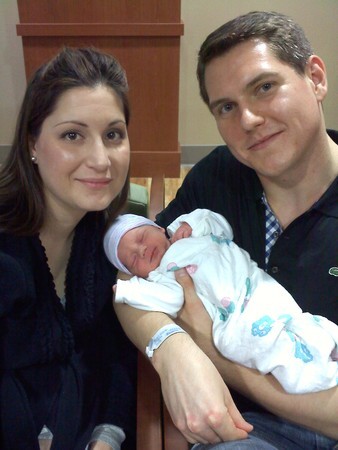 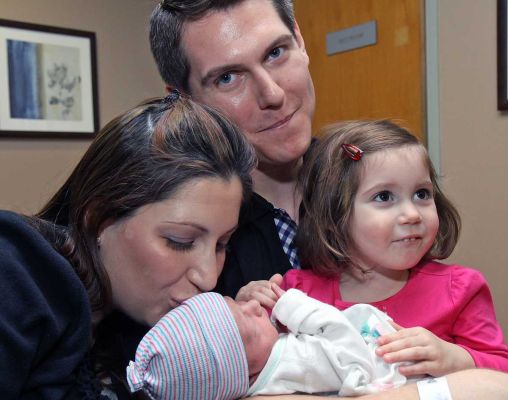 Congratulations to my sister and her family, and their new addition, the first New York City baby of 2012!

From CBS News feature of first baby of 2012 in New York City:

NEW YORK (CBSNewYork) – When the day started, James and Eleni Hunt had no idea their daughter Nicole’s arrival would coincide exactly with the arrival of a new year, but at around 11:30 p.m. Saturday, their doctor at Long Island Jewish Medical Center said it was about to happen.

“And we thought he was crazy but before you knew it, the ball was dropping and the baby was coming out,” James said.

Of course the couple’s thrilled with their healthy new daughter, but in the hours before she arrived, they joked about the disadvantages of a baby born in the new year.

“I think my husband probably wanted the tax write off, so we missed that by a second. Oh well,” Eleni laughed.

Long Island Jewish Medical Center welcomed its first baby of the new year at 12:00:01 a.m. Sunday when Nicolette Hunt was born. The baby girl, weighing exactly 7 pounds and measuring 20 inches long, was welcomed by her parents, Eleni, 32, and James Hunt, 29, of Little Neck, Queens.
The couple has one other child, a daughter, Victoria, 2.