Lately I’ve been enjoying a great deal of Netflix’s Original Series, a variety of programs that are pretty awesome! I just can’t believe it took me so long to find them, and now that I have, I’m going through each marathon-style with my husband. I’ve become a huge fan of Orange Is The New Black (late on the bandwagon there, but better late than never), and my children love Veggie Tales episodes- I had no idea there was a series in addition to the movies that we love.

And now we learned that this week, all five episodes of All Hail King Julien will arrive on Netflix! 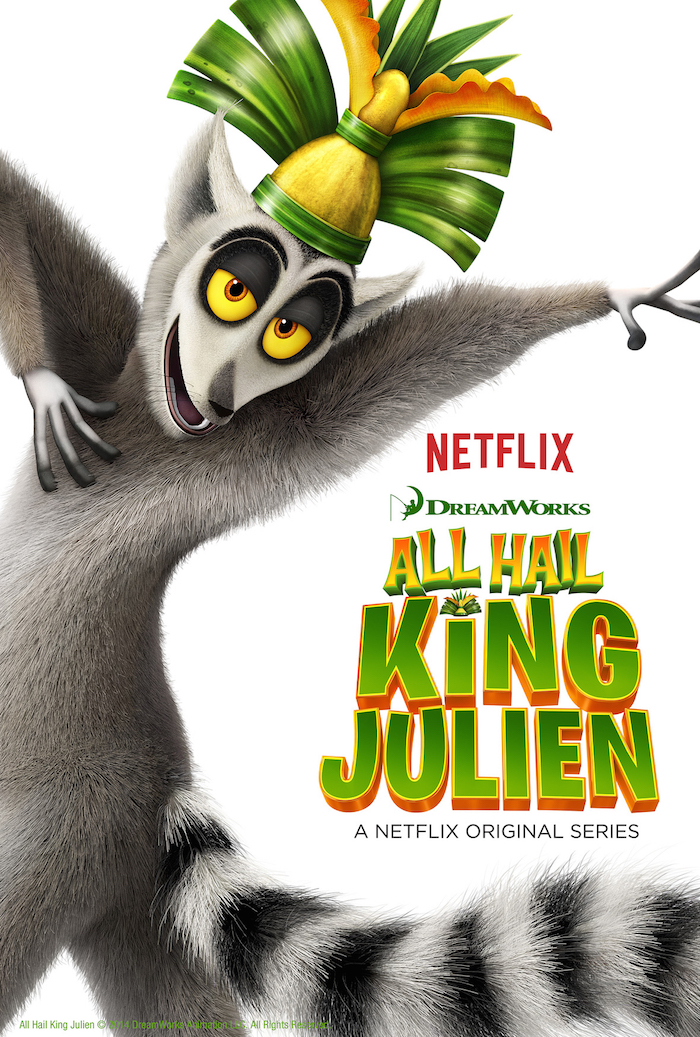 All Hail King Julien is the original, totally hilarious and totally insane series featuring a favorite character from the Madagascar franchise, along with his loyal sidekicks Maurice and Mort, and many more colorful animals…it’s going to be crazy adventure after crazy adventure, and lots of music and dancing! We. Can’t. Wait!!!

Want to join in on the fun? We are planning a King Julien themed New Year party, one that kids can get in on, because let’s face it, King Julien is one big party animal! Between mocktails and decor, it’s going to be animal themed and we’ll be starting the night off by making sure All Hail King Julien is up on the screen to start the party off right.

Watch the trailer on Netflix here, and then check out Netflix on December 19th so you and your family can move it, move it with King Julien!

Still Looking For The Perfect Gift?

If you are looking for a great gift idea, give the gift of Netflix! I gave some people I love the gift of a year of streaming for Christmas this year, because it’s something my family absolutely loves, and it’s the gift that gives all year long, for everyone in the family to enjoy…honestly, it’s the gift I would have loved too if I didn’t already have it as a member of the Netflix #StreamTeam… so share the love of good tv!